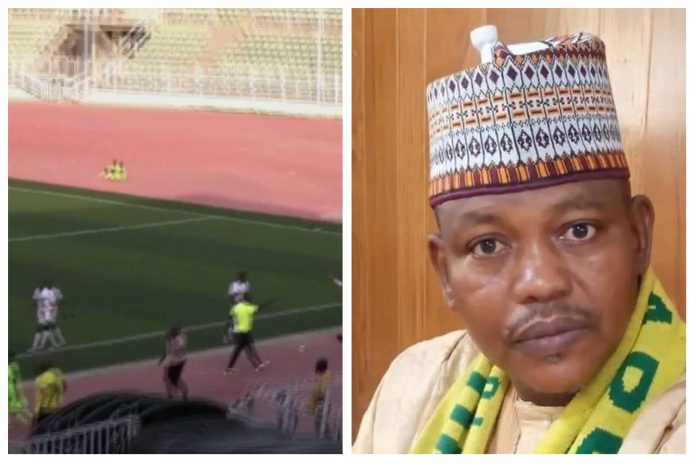 The Nigeria Professional Football League (NPFL) has witnessed another shocking and disgraceful display on the field of football.

In an NPFL game that was played between Kano Pillars and Dakkada, Yusuf Maigoro put the home team ahead with a great goal at the end of the 22nd minute. At the conclusion of the game Kano Pillars Chairman, Alhaji Surajo YahayaJambul was observed in the vicinity of the touchline, attempting to hit the Assistant Referee, after Dakkada FC scored a late equalizer. CLICK HERE TO WATCH THE FULL VIDEO. The goal was later chalked off after the Center Referee consulted the Assistant Referee that was punched.

This is the latest evidence of violence in the NPFL as just months ago referees were beaten.

Back in May, a center referee received a heavy blow from an MFM fan during a game against Enugu Rangers that ended in a draw.