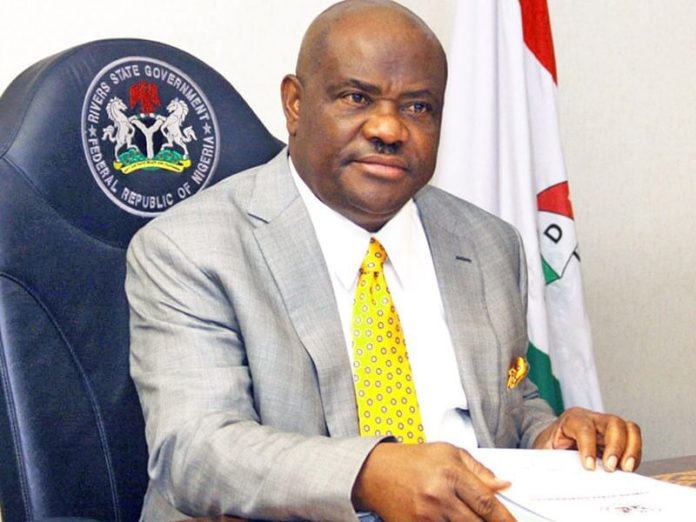 Kelvin Ebiri, the Media Aide to the Rivers State Governor, Nyesom Wike, has debunked insinuations that his principal was planning to dump the Peoples Democratic Party (PDP) for the ruling All Progressives Congress (APC) as stated in a manipulated viral video.

A video, in which Wike was threatening to leave the PDP, had gone viral online earlier in the day.

Reacting to the development, Ebiri in a statement issued on Wednesday June 15, 2022, said the video was circulated with the intention to create confusion in the minds of the members of the public.

He noted that the clip was a cut from an old interview the governor granted to a popular television station while reacting to the defection of Ebonyi State Governor, Dave Umahi, to the APC from the PDP.

Ebiri said the “manipulated video”, which was now being viral as if it was new, was the handiwork of unscrupulous persons and should be disregarded.

The statement read, “Our attention has been drawn to a manipulated video circulating on Social Media, purporting that the Governor of Rivers State, Nyesom Ezenwo Wike, intends to defect from the Peoples Democratic Party (PDP).

“It will be recalled that in June 2021, Governor Wike was interviewed on Arise Television, following the defection of the Ebonyi State Governor, Dave Umahi, from the PDP to the All Progressives Congress.

“During the interview, Governor Wike, while reacting to the reason given by the Ebonyi State governor for his defection, dismissed it as untenable.

“The excerpt of the interview in circulation has been deliberately manipulated by some desperate and unscrupulous persons with obnoxious agenda.

“The intent of the video being circulated is intended to mislead the unsuspecting public, particularly members of the PDP.

“We, hereby urge the public to disregard the manipulated video.

“Governor Wike has repeatedly maintained that he will never, under any circumstances, defect from the PDP, which has offered him the platform to excel in his political career.

“We urge the public to ignore the distorted video. Those behind it are desperately wicked and intend to mislead the public. Governor Wike remains a faithful, committed member of the PDP and will never leave it for the cancerous APC.”

Wike has been touted as the preferred choice for running mate to PDP presidential aspirant, Abubakar Atiku.

Reports say the governor will face a screening panel on Thursday, June 16, 2022, before he’s officially confirmed.