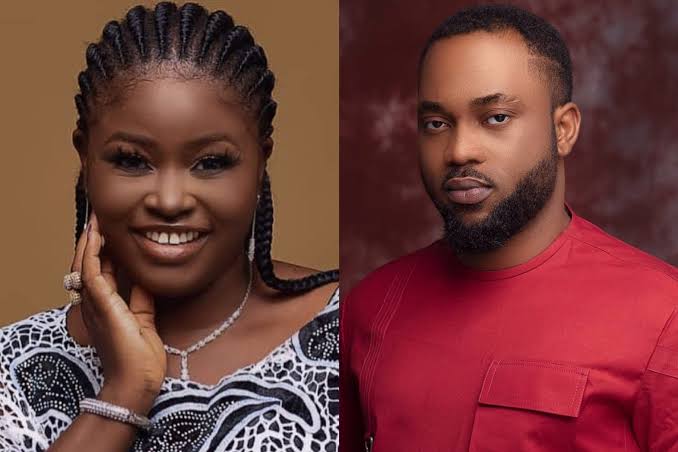 Nollywood actor Damola Olatunji has shut rumours about his alleged differences with his wife, Bukola Arugba, as he joins her for a memorable event.

Damola Olatunji took to his Instagram page to mourn the demise of his mother-in-law, who passed on three years ago.

The actor revealed how heartbroken he was by the news of his mother-in-law’s departure, stating she left a vacuum that no one could fill.

He wrote: “3years like yesterday when you left this world.The news of your departure broke me down cause of the fears of the unknown, u left a vacuum that no one can fill. Taiwo and kehinde misses u grandma ilorin. Rest on ma”

In like manner, Bukola Arugba mourned her mother with heartbreaking words, reminiscing how she had struggled in the past three years of her demise.

Recall that Bukola Arugba shaded her husband, Damola Olatunji, in her tribute to veteran actor Olu Jacobs on his 80th birthday celebration.

This was after her husband was alleged to be engaged in constant sex for roles involving young and upcoming actresses.

Controversial blogger Gist Lover had also alleged that Damola Olatunji’s sex for roles scandal is not new to his wife. They are having issues in their marriage, and some family members had also interfered.

The couple also fueled their breakup rumours when they unfollowed each other on their social media pages.