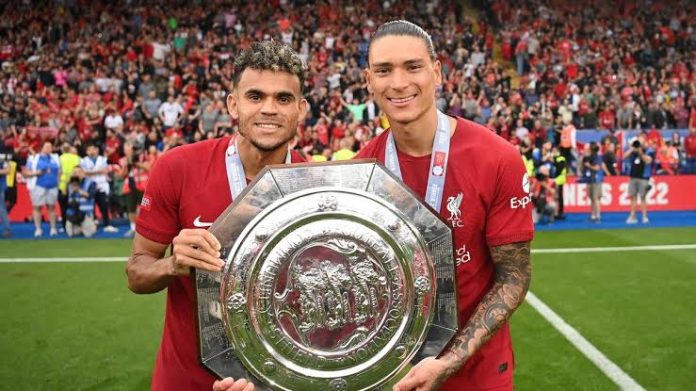 Liverpool added another trophy to their cabinet after downing Manchester City 3-1 in Saturday’s Community Shield.

The two giants of English football renewed hostilities at Leicester City’s King Power Stadium rather than Wembley Stadium, as the match was moved for the first time in 10 years in order to accommodate the UEFA Women’s Euro 2022 Final.

The traditional season opener was decided in the 83rd minute when Mohamed Salah stepped up to the penalty spot after a Ruben Dias handball.

The Egyptian made no mistake in firing past Ederson to give the Reds their 16th triumph in the competition.

While all eyes were on Manchester City striker Erling Haaland in what was his first start for his new club, it was a familiar face who opened the scoring for Liverpool.

Trent Alexander-Arnold wrapped his boot around a Salah pass and sent it flying into the far corner to given Jurgen Klopp’s men the deserved lead after 21 minutes.

The Reds held that advantage into half-time, before another new City face levelled the scoring in the 70th minute.

Julian Alvarez thought he had poked home his first goal for his new club after Phil Foden’s shot was saved by Adrian.

It was initially ruled out for what was thought to be a very right offside call, but was later given to the relief of Pep Guardiola.

Just as City looked to be getting the better of Liverpool, the Reds restored their advantage with under 10 minutes remaining. Darwin Nunez’s header came off Dias’ arm, with VAR eventually confirming the infraction.

Salah fired home to give Liverpool the lead, while their perfect day was capped off with a third in injury time. 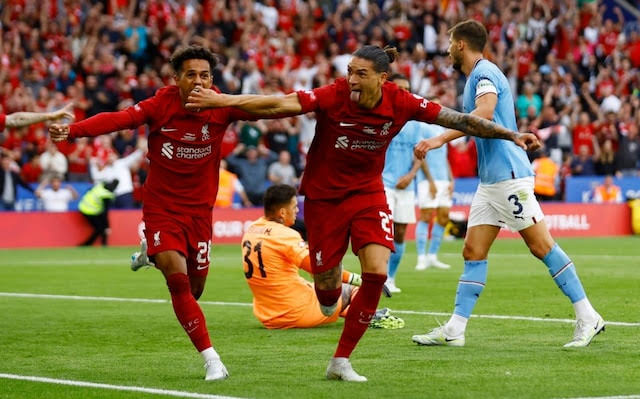 Nunez dove in and headed home Andy Robertson’s downward header at the back post to the delight of the Reds supporters.