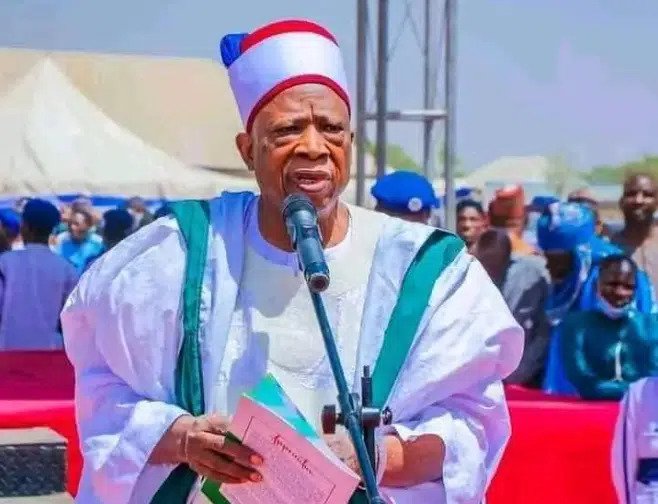 National Chairman of the All Progressives Congress,APC, Senator Abdullahi Adamu has said that the defeat suffered by the ruling party in the just concluded governorship election in Osun state, was a divine test from Almighty Allah. He spoke in an interview with the BBC Hausa Service monitored in Kaduna on Tuesday.

He said it has now become imperative to all party members to rectify all that they were doing which are not in line with the mission of the APC , as they approach the Presidential election in 2023.

”This has shown that we have a big task ahead. We must see what we can do , and change our tactics,” he said.

” We must look at ourselves, see if what we are doing in this political journey, is it right?What are those things that are not right?What needs to be corrected? So that we get what will lead to success in our journey,” he said.

Senator Adamu however; said that the defeat in Osun does not in any way; meant that the ruling party will not win in the 2023 general election.

He explained that the party would study what caused its failure in the Osun election, so as to succeed in the forthcoming general election.

According to the National Chairman of the APC, it was internal wrangling between staunch APC members in Osun that led to the party’s failure .

” There’s misunderstanding between party members; the APC juggernauts in Osun state APC. These juggernauts have been quarrelling; accusing each other,” he said.

He explained that these aggrieved party stalwarts said they would not vote if what they wanted was not done,insisting that there was no understanding among them in spite of the fact that they were in the same party.

While reiterating that they have accepted the Osun defeat in good faith, Senator Adamu said ” in politics like in other worldly affairs,one could win or lose. There’s nothing we can do.”

“But we were defeated not because we are not good in politics, it was because of what happened between some party members close to the election,” he said. The party, he said, has accepted the will of Allah.