Home News Politics It is an APC propaganda through Joe Igbokwe, The fake news was... 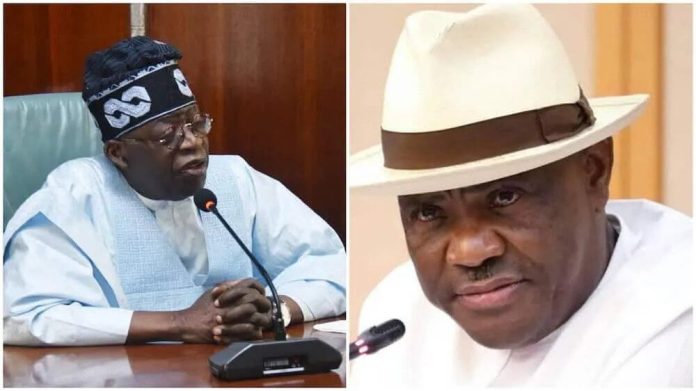 Reports that the All Progressives Congress (APC) candidate for president, Asiwaju Bola Ahmed Tinubu, and the governor of Rivers State, Nyesom Wike, met in France have been refuted by Alhaji Adamu Maina Waziri, a member of the PDP’s Board of Trustees (BoT).

Recall that APC leader Joe Igbokwe alleged on Thursday, June 30, that Wike and Tinubu met in France. The assertion increased rumors that the governor of Rivers State will soon join the APC.

In response to the assertion, Maina, a former minister of police affairs, revealed meeting the governor of Rivers State on June 29 in Istanbul, Turkey, in an interview with Daily Trust.

” Governor Wike came directly from Nigeria to Istanbul, Turkey. He did not go to France as speculated. This is to debunk the propaganda of the APC through Igbokwe. This is fake news orchestrated by the sinking ruling party which is on its way out.”

Asked what their mission to Istanbul is, he said;

“What is your business with our mission? We came to rest after our national convention. Of course, as a political animal, I do politics anywhere I find myself.”