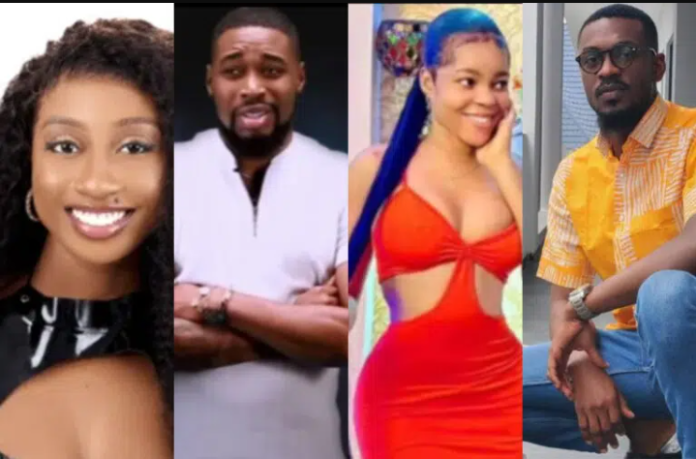 The possibility of not getting into a brawl with anyone is slim especially when placed in a house with strangers for months.

Unlike other housemates from different seasons, BBN ‘Level Up’ housemates seem to be picking fights too early.

From Phyna and Amaka to Chichi and Bella and now Adekunle, Doyin, Sheggz, and Chichi, the dramas and fights are never-ending.

The ‘Islands’ housemates as they are fondly called had their first fight on the show.

Adekunle was narrating his group’s drama when he said ‘there is a village girl from Benin City’.

Diana, who hails from Benin took offense to his words and misconstrued his words.

Defending her hometown, Diana stated that Benin is not a village.

Adekunle, who realized that she misconstrued his words, tried explaining to her what he meant. He stated that he didn’t mean to be condescending cause Alysyn is also from Benin.

Surprisingly, Chichi became infuriated with his explanation and things escalated from there.

Adekunle tried pinpointing why Chichi wants people to understand her but doesn’t do the same.

He questioned if Chichi has personal issues with him for her to take his words out of context.

Sheggz picked sides with the other party and scolded Adekunle.

Sheggz also lashed out at his love interest, Bella for supporting Adekunle.

Before we could say Jack Robinson, the atmosphere became tense as housemates got into a heated argument where words were exchanged.

Doyin tells Sheggz to fuck off. Sheggz got annoyed and told her she violated him.

Finally fight rocks the Island Housemates house.
Sheggz and Doyin on this one.

Is the way Bella run come to settle the Matter for us🤣
What about you?

Elowswag tries to settle down the issue between Kunle and chi chi but chi chi 🤦🏽‍♀️🤣
Kudos to head of house Elowswag 👌🏽#BBNaijaLevelUp #BBNaija pic.twitter.com/Ct0VVyICfZ