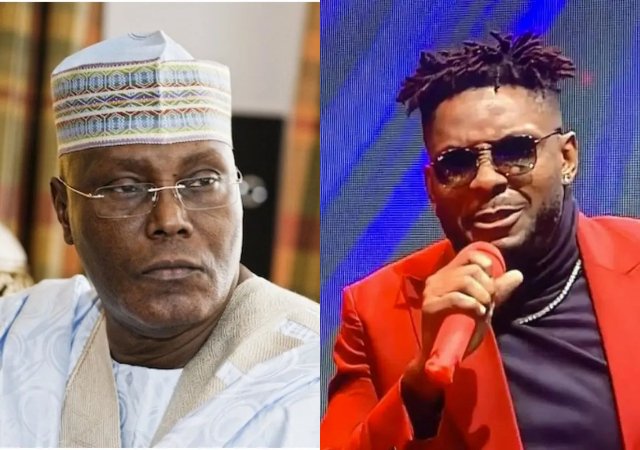 Cross Okonkwo, a reality TV personality better known by his stage name Cross Da Boss, has criticized individuals who keep criticizing him for his choice of 2022 presidential candidate.

As the election gets closer, a lot of famous people are expressing their political preferences in public.

Like many others, Cross has expressed his love and support for Atiku Abubakar.

The BBNaija star described how, when he had nowhere else to turn, Atiku adopted him like a son.

ATIKU TOOK ME LIKE A SON WHEN I HAD NOWHERE TO GO”.

Dr Penking, a popular Twitter user had tackled him for trying to persuade his fans to vote for Atiku with his revelation.

Penking advised him to gather his extended family and thank him.

According to him, Cross shouldn’t sacrifice people’s future to repay Atiku.

NICE, NOW GATHER YOUR EXTENDED FAMILY AND GO AND THANK HIM. YOU’LL NOT SACRIFICE MY OWN FUTURE TO REPAY HIM FOR WHAT HE DID FOR YOU”.

Replying him, Cross warned him to stop talking about his family.

He pointed out how everyone is entitled to his or her choice of candidate.

“YOUNG MAN PLS LEAVE MY FAMILY OUT OF YOUR MOUTH. IF U KNOW WHAT’S GOOD FOR YOU. IF YOU GET UR OWN PVC USE AM. I HAVE MY OWN, I GO USE AM. I’M A NIGERIAN JUST LIKE YOU”.