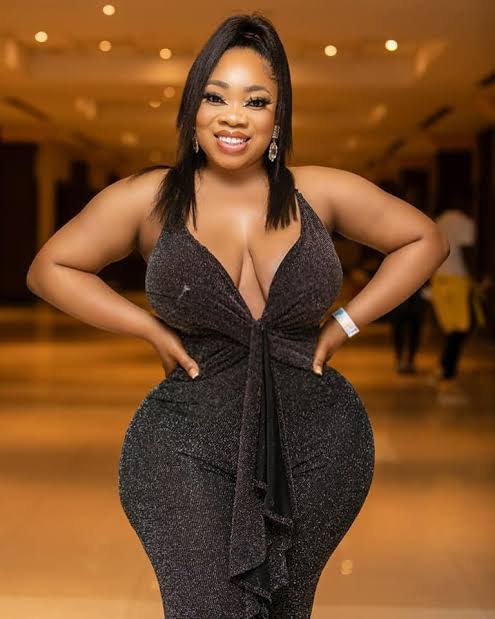 Gistlover, who revealed the Halima Abubakar/Apostle Suleman saga and all other news regarding it, has piled one more to it.

To recall, Halima Abubakar disclosed she was suffering from a rare disease which she felt it was from the intercourse she had with popular Apostle Suleman, giving that she was used for a ritual.

Soon after this revelation, Steph Naya, compiled a list of sexually devoured actresses by the cleric yesterday.

Only Shan George, a veteran, came out online to debunk the statement.

Creebhills earlier today, posted the doctor that claimed she wasn’t being used for ritual, rather, it is a rare disease coined from post pregnancy miscarriage.

In the new turn of event, the blog took to Twitter to open up on another victim whose name is Moesha, a Ghanaian.

The Ghanaian was seen in the video exhibiting patterns of mental illness. Her cloth was dirty and she was vocally admitting false Christian doctrines.

Hello tueh tueh, this is the Ghana celebrity, Moesha wey I talk say she run ment after sleeping with Pastor Suleman, Na Mercy Eke introduce Moesha to Suleman, now she don sell everything wey Sule give am to the last Kobo , she don archive all her pictures now… 1/2 pic.twitter.com/8ya5Z6CME2