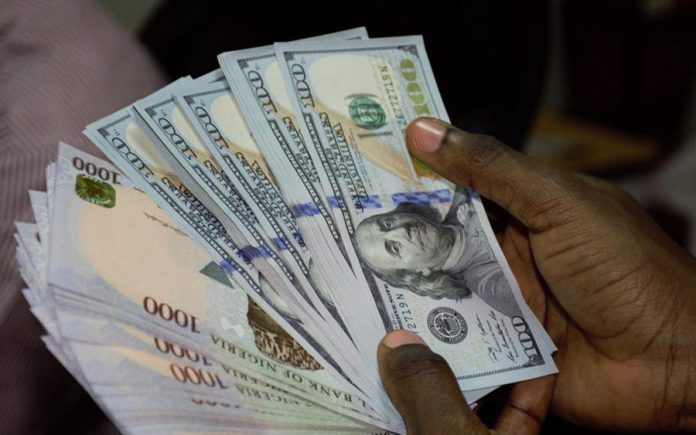 Wednesday, 20th July 2022: The exchange rate between the naira and the US dollar closed at N426.58/$1 at the Investors and Exporters (I&E) window, where forex is traded officially.

The exchange rate in the peer-to-peer market also drastically declined due to the continued lack of foreign currency in the market, reaching a new low of N644.25/$1 in the early hours of Thursday. This is a 1.44 percent decrease from N635.1/$1 recorded on Wednesday morning.

On the other hand, the exchange rate at the parallel market appreciated slightly by 0.16% to close trading activities on Wednesday at N629/$1 compared to N630/$1 recorded in the previous trading session. This is according to information from Bureau De Change operators.

Nigeria’s external reserves recorded its first decline in over one month on Tuesday, 19th July 2022, falling by 0.02% to stand at $39.43 billion compared to $39.44 billion recorded as of the previous day. The decline in the country’s external reserve could be attributed to the increased flow of FX in the official market in the past two days.

The CBN had explained during the last MPC session that Nigeria’s external reserve grew in the month of June 2022 as a result of increased non-oil export and improvement in diaspora remittances through its RT200 and Naira4dollar programmes respectively.