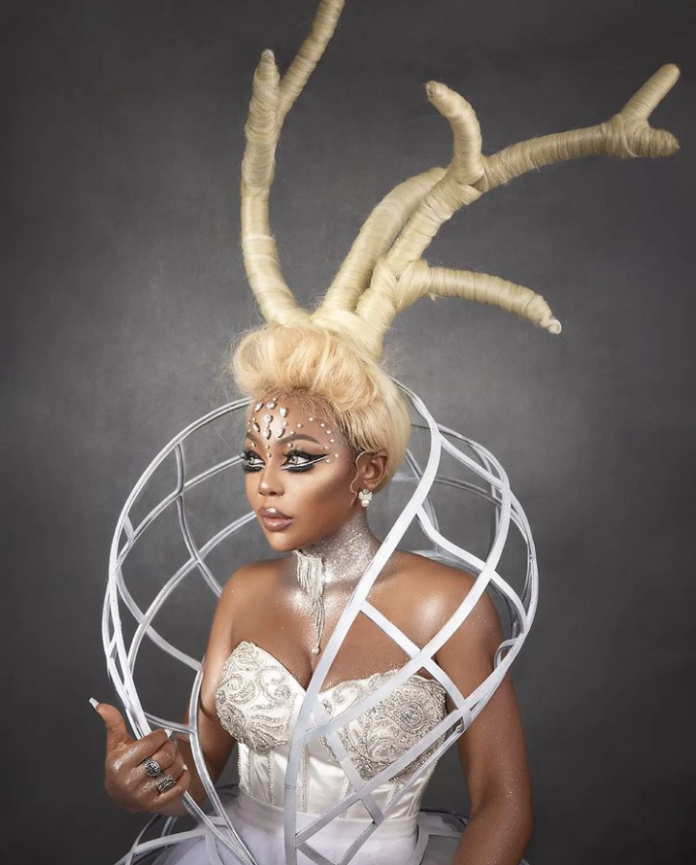 Reality TV star, Iheme Faith Uloma rather called Ifuennada, stuns her lovers in a white customised gown as she celebrates birthday in style. 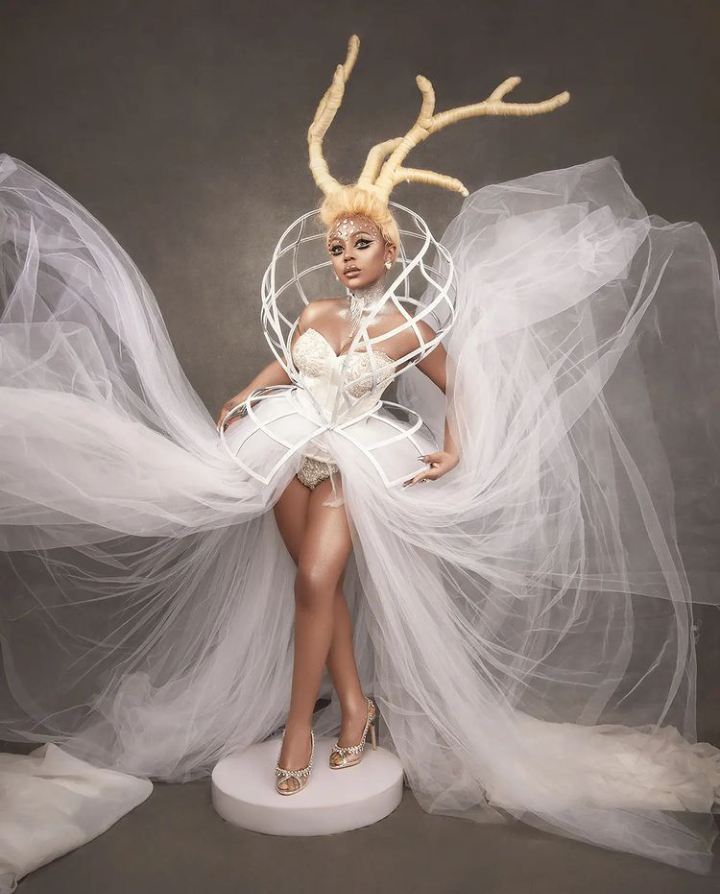 Ifuennada who is a fashion stylist, jumped on another kind of design , after the dress worn at the AMVCA awards went viral. 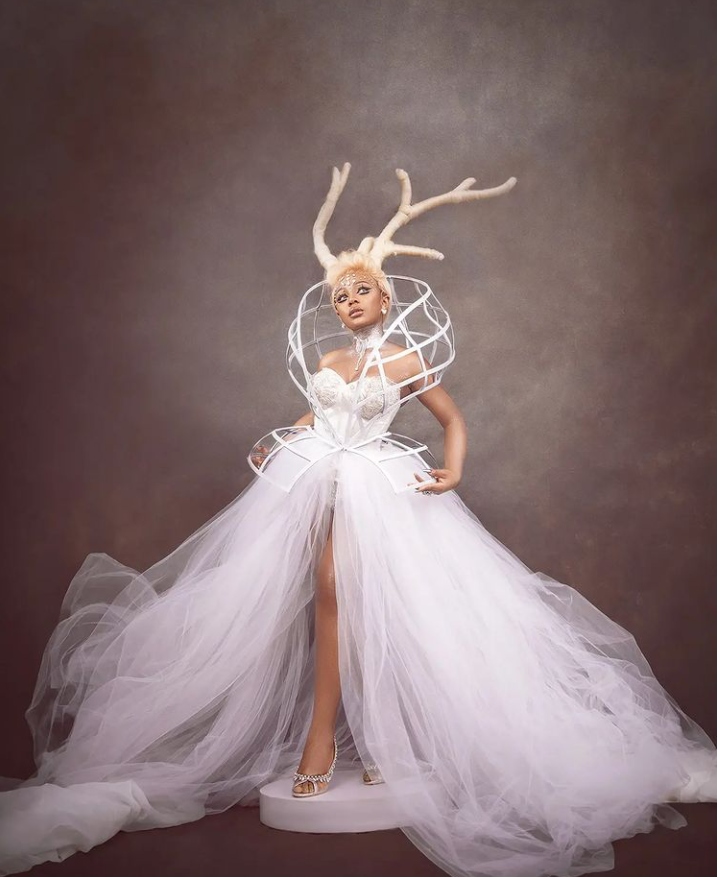 The actress claimed the viral dress was exclusively worth $100,000 by her fashion designer, Toyin Lawan.

The same celebrity seamstress, Toyin Lawan, is being credited again for this dress in the caption. 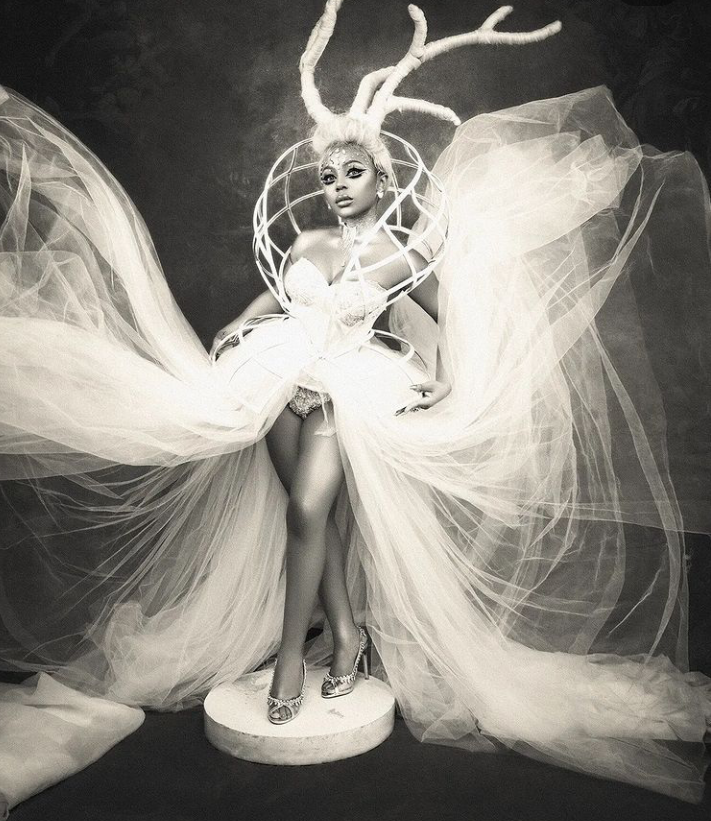 The all white gown, includes a deer like horn coloured in gold which is worn on the head, with a curved multi dimensional string attached from the upper body down to the waist.