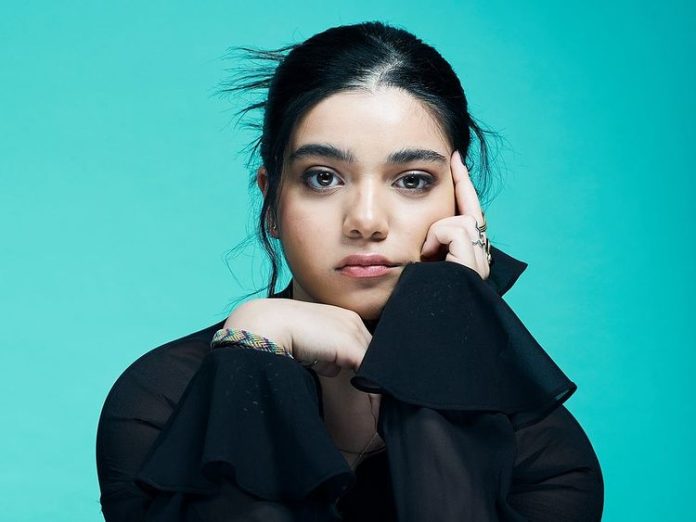 Iman Vellani is a Canadian actress from Markham, Ontario, who rose to fame after becoming the lead actress in the new mini-series “Ms. Marvel” on Disney+, this 19-year-old Pakistani-Canadian actress has joined the ranks of the Marvel Cinematic Universe.

And not only does this moment celebrate Iman’s onscreen debut, but it also marks the Marvel Cinematic Universe’s very-first on-screen Muslim superhero. In this popular series, she plays the character of Kamala Khan who is a high-school student dealing with typical teenage issues such as angst and growing pains.

But in the comics, the phrase “growing pains” is taken to some very literal levels with Kamala’s ability to shape-shift her impression and grow her body size to some stunning excessive heights. In the television series, however, those powers have been altered somewhat, but Iman remains happy that an individual of South Asian descent is finally being portrayed to North American audiences as a hero.

Iman Vellani was (born September 3rd, 2002), in Karachi, Pakistan. Her family later emigrated to Canada, however she spent the majority of her childhood there.

Iman was raised in a household of academics in Canada. Her father is an accountant, her mother is a nurse practitioner, and her brother is working toward his goal of becoming an engineer.

Iman didn’t really have an actress career in mind when she was a student at Unionville High School in the Regional Municipality of York. She was a tremendous lover of comic books and the actor Robert Downy JR had a big impact on her.

Iman made the decision to become an actor at a young age since she was free to pursue any career she desired. Her parents gave her $20 each month, which she used to buy comic books at a store called “Heros World.” Iman began her comic book passion there by purchasing a collection of an unstoppable Iron Man.

In late 2020, Iman Vellani was named to become the cast of the Marvel Cinematic Universe superhero for the role of Kamala Khan for Marvel Studios and Disney+’s streaming TV series titled Ms. Marvel.

This popular series premiered on the 8th of June 2022. Before this, she appeared in a documentary short titled  A Fan’s Guide to Ms. Marvel.

Both of the projects became successful and Iman Vellani gained much recognition and received widespread praise for the title character. Currently, Vellani has won’t rest because she is also slated to appear in the Captain Marvel sequel film The Marvels alongside actress Brie Larson.

Apart from all that Iman Vellani also found herself at the 2019 Toronto International Film Festival as a member of the TIFF Next Wave Committee.

She made her first cameo appearance in Issue 14 of Captain Marvel Vol 7 back in 2013. A year later Kamala headlined her own series with the debut of Miss Marvel Vol 3 in 2014. At the time Iman had discovered Kamala was a few years and 1 Vol later more specifically was Issue 19 a Vol 4 released in June of 2017.

Iman eventually developed an obsession with the role to the point where she opted to dress as Kamala for Halloween. Iman decided to put her lack of interest in acting aside in order to audition for the role that would forever transform her life because of her passion. Iman initially didn’t want to pursue acting, but her aunt persuaded her to give it a try, which is how her acting career got started.

Later, Iman found the drive to record something and send it in. A few days later, Iman received a call informing her that higher-ups at Marvel wanted to fly her to Los Angeles so they could meet.

In the very next week, Iman and her father were on a plane and Iman was about to partake in what she stated as the “Greatest Week of Her LifImmersedrsed in the Marvel Universe she fangirled out at the meeting and asked for several behind the scene stories and as many Robert Downy pictures as the studio executives were willing to give her.

A week later she returned to Tronto with the intent of returning to LA for another interview, however, the pandemic hit, and everything shut down. Eventually, Iman did her final screen test in June of that same year but this time it was over zoom.

Iman Vellani was chosen to play Kamala Khan in the Ms. Marvel streaming TV series from Marvel Studios and Disney+ in late 2020. Ms. Marvel is a heroine from the Marvel Cinematic Universe.
The first episode of this well-liked series aired on June 8, 2022. She previously made an appearance in the documentary short A Fan’s Guide to Ms. Marvel.

Both of the projects were commercial successes, and Iman Vellani won widespread acclaim for the lead role. Currently, Vellani is unable to relax because she will co-star with Brie Larson in the Captain Marvel sequel movie The Marvels.

In addition to all of that, Iman Vellani was also a member of the TIFF Next Wave Committee at the 2019 Toronto International Film Festival.

Iman Vellani is currently one of the fast-rising Canadian actresses from Markham, Ontario, with an estimated net worth of $1 million US as of 2022.

After being chosen for the lead part in the Marvel/Disney+ original miniseries Ms. Marvel, Vellani became well-known.

She is just starting her career, thus her appearance in the series is the main source of her money. Vellani appears to be getting paid more for her performances in the approaching years. The yearly salary of Iman Vellani is over $400,000.

How much is the worth of Iman Vellani?

Iman Vellani is currently one of the fast-rising Canadian actresses from Markham, Ontario, with an estimated net worth of $1 million US as of 2022.

How much money does Iman Vellani make annually?

Iman Vellani’s per year income is estimated at $400k.

How old is Iman Vellani?

Iman Vellani was born on the 3rd of September 2002 in Karachi Pakistan, she is 19 years old.