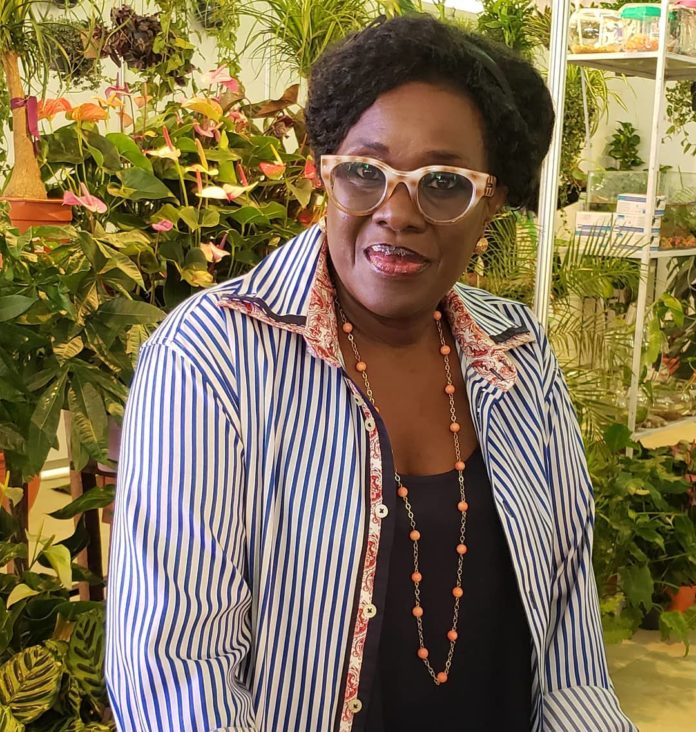 Known for her roles as a mother, wife, and nice mother-in-law in movies, Joke Silva is a well-known Nigerian actress, television personality, presenter, and businesswoman. It’s no secret that many people adore the legendary actress Joke Silva. She has been on our screens and stages from season to season.

You may read about Joke Silva’s early years, educational background, career, movies, and honors in this article.

Continue scrolling to learn everything you’ve been dying to know about one of your favorite Nigerian celebs. To the last drop, savor.

Who is Joke Silva Jacobs?

Joke Silva was (born on September 29, 1961), into the Amaro family with four children. Her father was a lawyer while her mother, Adebimbola Silva (deceased), was a doctor.

Joke Silva attended Holy Child College in Lagos for her secondary education after completing her basic education in Lagos State, one of Nigeria’s 36 states.

Joke relocated to England after finishing high school to study drama at the Webber Douglas Academy of Dramatic Art in London.

After completing her A levels, she went back to Nigeria and enrolled in the Department of Creative Arts at the University of Lagos’ (unilag’s) Cultural Center.

Joke Silva’s movie career began in the early 1990s. She featured in films and TV series in English and the Yoruba language.

The 1990 English film Mind Bending was one of her initial productions. The actress also starred in the 1993 film Owulorojo and the 1995 film Violated.

She co-starred with Colin Firth and Nia Long in the British-Canadian movie The Secret Laughter of Women in 1998. In the movie, she portrayed Nene.

Silva co-starred with Bimbo Akintola in the film Keeping Faith in 2002. The Kingmaker, which she co-produced and acted in with Olu Jacobs, was released the same year.

Some of her other movies include A Husband’s Wife (2003), Shylock (2004), and A Past Came Calling (2004). The actress won the award for Best Actress in a Leading Role in 2006 at the 2nd Africa Movie Academy Awards for her performance in Women’s Cot.

Her portrayal of a grandma in White Waters earned her the Best Actress in a Supporting Role prize at the 4th Africa Movie Academy Awards in 2008.

Silva provided the voiceover for the narrative of the Jeta Amata-produced film Amazing Grace. Additionally, 11 African Movie Academy Awards were given to this film.

In 2007, Silva featured in the movie, ‘To Love and to Hold’ alongside Kate Henshaw-Nuttal, Michael Okon, and Fred Essien. That same year, she featured in White Water, and her role in this movie earned her the award for Best Supporting Actress in 2008.

The actress is also the recipient of an EMOTAN Award from African Independent Television (AIT) and the SOLIDRA Award for Visual Art. In 2011, the veteran actress featured alongside Nse Ikpe Etim, Wale Ojo, and Lydia Forson in Kunle Afolayan’s award-winning movie, Phone Swap.

The film was nominated for 4 awards at the 8th Africa Movie Academy Awards, including Best Nigerian Film. Silva has appeared in plays as well. In 2013, she appeared as the Mad King of Ijudiya in a production by Thespian Family Theatre and Productions.

At Christmas, the performance was presented at Lagos’ Agip Hall at the Muson Center. It was performed in a setting reminiscent of an African village, including folklore, traditional dance, and music.

Joke Silva is married to actor Olu Jacobs. The couple founded and operates the Lufodo Group, a media corporation that consists of film production, distribution assets, and the Lufodo Academy of Performing Arts.

Joke Silva has appeared in more than 150 motion pictures since she became well-known. among others, these are some of her films;

Joke Silva has gotten several awards since she started acting. Some of her awards and recognition include:

Ladies should not neglect their talents, but make proper use of them. We all were born with special abilities that make us stand out. Just like Joke Silva who possesses the gift of interpreting movie roles, didn’t overlook her ability. Instead, she has used it to build a successful career and so should other ladies utilize their talents.

If you want something, go for it. Work on your passion put in all you can, and keep working hard. Always look for ways to stay relevant in your industry. Despite the fact that Joke has been in the industry for over 20 years, she is still relevant and remains one of the richest

Write down your set goals and ambition in life, dream big dreams and write them down, visualize it and work towards it. If you want to become successful tomorrow the planning starts now.

Joke Silva is one of the wealthiest Nollywood female actresses in Nigeria with an estimated net worth of $1 million dollars as of 2022.

What is Joke Silva net worth today?

Joke Silva is one of the wealthiest Nollywood female actresses in Nigeria with an estimated net worth of $1 million dollars as of 2022.

Does Joke Silva and Olu Jacobs have any children?

How did Joke Silva Get Her Wealth?

Yes, Joke has been married to the renowned Nollywood living legend Olu Jacobs. Their marriage is blessed with two children and they are living happily ever after. Sadly, according to a statement by Joke Silva, the veteran actor is said to be presently suffering from dementia with Lewy body which is a disease that affects the brain.

How old is Joke Silva?