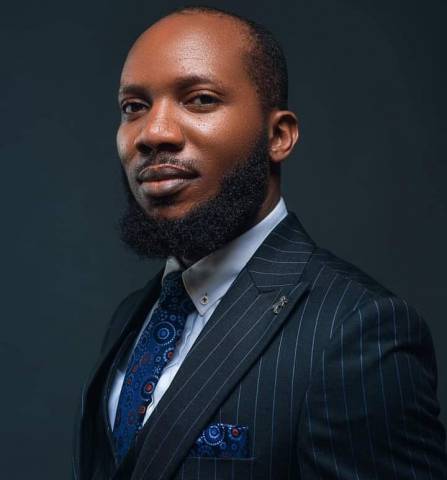 Mr Effiong who is handling a case for his client before Justice Obot’s court in Uyo disclosed this in a message he posted on Facebook around 10:40 a.m. on Wednesday.

“I have just been sent to Uyo prison by the Chief Judge of Akwa Ibom State, Justice Ekaette Obot, for one month for defending Leo Ekpenyong in the libel suit filed by Governor Udom Emmanuel.” 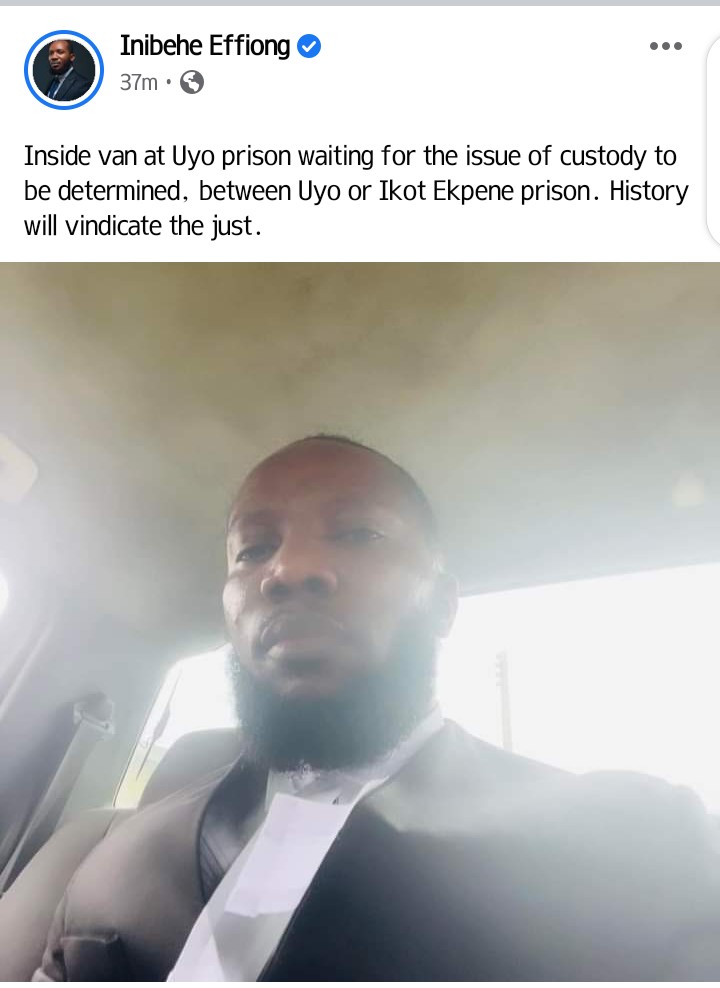 The lawyer, who is based in Lagos, flew into Uyo for the case.

Another lawyer in Uyo confirmed that the judge pronounced the prison sentence against Mr Effiong.

Mr Effiong later posted details of the incident on his Facebook page.

“The Chief Judge of Akwa Akwa Ibom ordered a Premium Times reporter to leave the court. I said my lord, we were thinking that since the proceeding is public, that members of the public should be allowed to observe the proceeding. My Lord asked me to proceed with cross examination.

I obeyed. I informed the court that I was not feeling comfortable and safe having two armed mobile policemen seated inside the courtroom, that it was strange and that I felt unsafe. I applied for the judge to excuse the armed policemen from the courtroom.

The Hon. Chief Judge then ordered me to step out of the Bar, that she was sending me to prison. She then ordered the policemen to take me to Uyo prison. And that I should be in jail for one month. I am waiting inside the courtroom for them to bring the conviction warrant.

I will be going to the Uyo Correctional Centre now. I have not done anything. I wasn’t even opportunity to say anything before the “conviction”. Two lawyers in court appealed to the Hon. Chief Judge but my Lord insisted that I must be jailed.”

Justice Obot in previous proceedings had ordered court officials to temporarily seize phones from reporters and others in the courtroom, apparently to prevent the proceedings from being recorded secretly.

“Anyone wishing to reach me should contact my colleague in chambers, Augustine Asuquo. We were in court together this morning.

The moment My Lord entered the Courtroom, His Lordship ordered the orderly attached to the court to go out and bring the armed policemen inside the courtroom. I started feeling that there was going to be trouble. After the Premium Times reporter was sent out, I raised the issue.

I applied to the Court to ask the armed policemen with AK47 to leave the courtroom, that it was not proper and that I felt extremely unsafe and uncomfortable. My Lord then started writing, I thought it was going to be a ruling on my application to excuse the officers.

Unknown to me, my Lord was writing committal order to send me to Uyo prison. I wasn’t even given the opportunity to say anything. My Lord just ordered me to remove my wig and gown, that I was going to prison.

Meanwhile, we have a pending motion for my Lord to disqualify and recuse himself from the case on grounds of bias or likelihood of bias which.

History will vindicate the just.

We are moving to prison now.

They’re saying that I can’t be jailed in Uyo prison because of COVID protocol, that I have to be in Ikot Ekpene prison until COVID test. Uyo prison has rejected me. We are going back to the court now for His Lordship to determine where I should be jailed. History will vindicate the just.

I was at the Federal High Court in Abuja yesterday to defend Sowore and the AAC. I flew into Uyo last night to defend Leo Ekpenyong in a libel suit filed by Governor Udom Emmanuel and Senator Effiong Bob against him over alleged libel. I have helped many people out of unlawful detention. Going to prison myself will fortify me to fight harder for Nigerians who cannot fight for then.”

Governor Emmanuel sued Mr Ekpenyong, a lawyer, for defamation of character over the publication in which he accused the governor of “buying judgment” from the 2019 National Assembly Election Tribunal, an accusation the lawyer denied.

The court had ordered Mr Ekpenyong to pay the governor N1.5 billion as general damages for libel.

In another defamation suit between a former senator, Effiong Bob, and Mr Ekpenyong, which is before the same judge, the court had ordered Mr Ekpenyong to pay N150 million as damages to Mr Bob.

Both judgments were given simultaneously on December 15, 2020, by Justice Obot.

The defendant’s counsel, Mr Effiong, on November 25, 2021, challenged the court that it breached the Nigerian Constitution in its judgments against his client.

Justice Obot scolded Mr Effiong for asking the court to set aside the two judgments and grant his application for extension of time for his client to defend himself.

The case attracted public attention last year when the judge lashed out at Mr Effiong.

“You’re not on Channels TV, don’t stand before me and talk nonsense,” she had said.

The court, however, set aside both judgments on February 16, 2022, and granted the application for extension of time as requested by Mr Effiong.