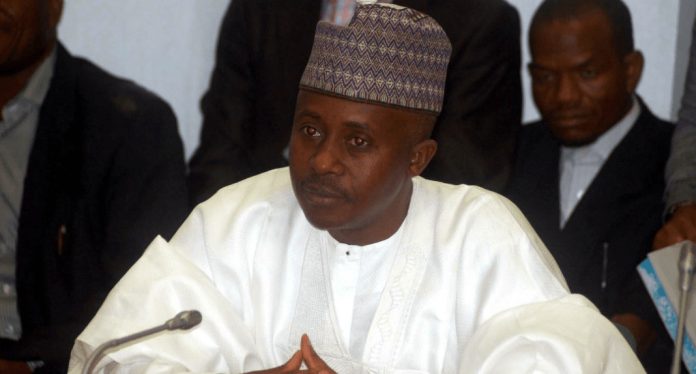 The jail term of Farouk Lawan, the former lawmaker who was convicted for over the $3 million bribery charges preferred against him by the federal government, has been reduced by the appeal court.

Lawan who was the chairman of the house of representatives ad hoc committee probing the multi-billion naira petrol subsidy fraud in 2012, was convicted after being accused of demanding $3 million from Femi Otedola to remove Zenon Petroleum and Gas Limited (Otedola’s former company) from the list of oil companies allegedly involved in the petrol subsidy fraud in 2012.

Months after being convicted by a federal high court and handed a seven-year jail sentence, the court of appeal has discharged and acquitted the former lawmaker on two out of the three counts on which he was convicted. His jail sentence was thereafter reduced to five years.

A three-member panel led by Monica Dongban-Mensem, the appeal court president, dismissed the first two counts on grounds of the prosecution failing to prove that Lawan demanded and agreed to accept $3 million from Otedola to exonerate the company from the list of firms indicted for petrol subsidy fraud in 2012.

The court however upheld the high court’s ruling on Lawan accepting a $500,000 bribe from Otedola.