Halima recounts how she dodged a bullet by being unfriendly to the journalist.

If we recall, Kemi Olunloyo had a beef with Ada Ameh before her death and they are still at loggerheads with themselves even after the latter’s death.

The 61 year old Kemi, took to her social media page two days ago to condemn the deceased, despite the pity majority of netizens had on Ada Ameh.

In reaction, Kemi’s opinion was trailed by heavy backlash from internet users and has portrayed her to be more diabolical.

Few hours ago, Halima Abubakar did find her evil and has narrated how the journalist flew to her dm and appeared nice. But instead, Halima exerted hostility and avoided her.

In addition to her first story, Halima made claims to how unfriendly she has become and thanked it for chasing away evil friends or colleagues. 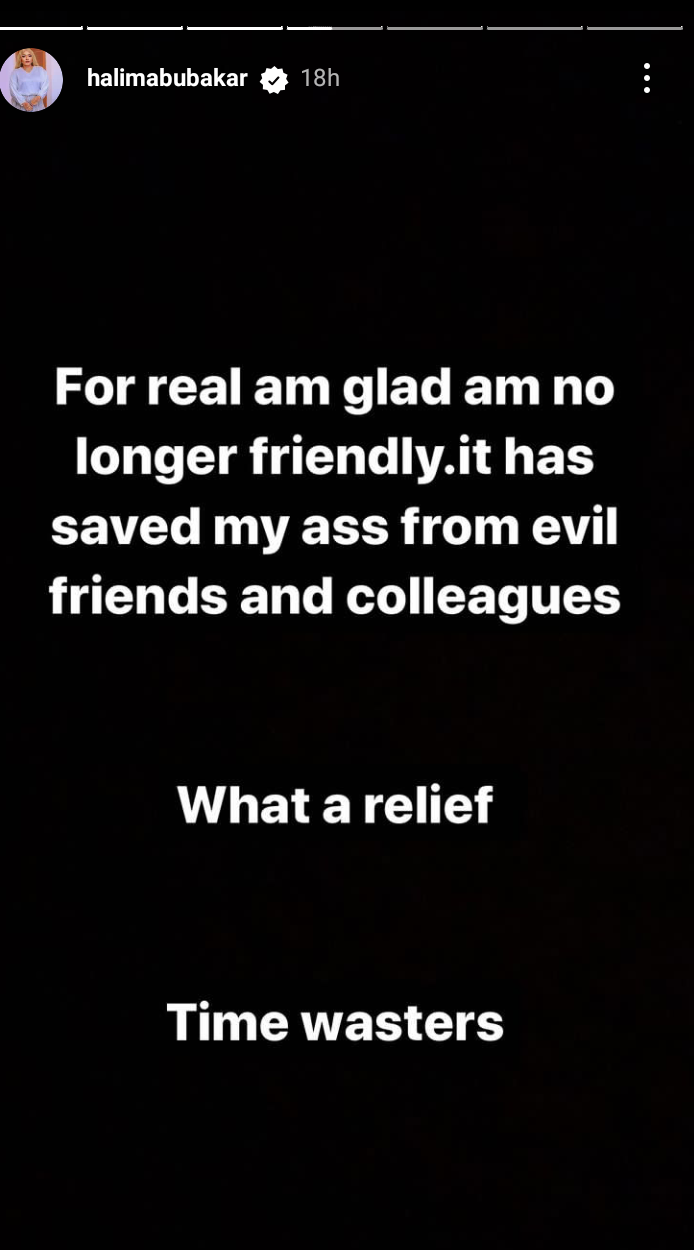 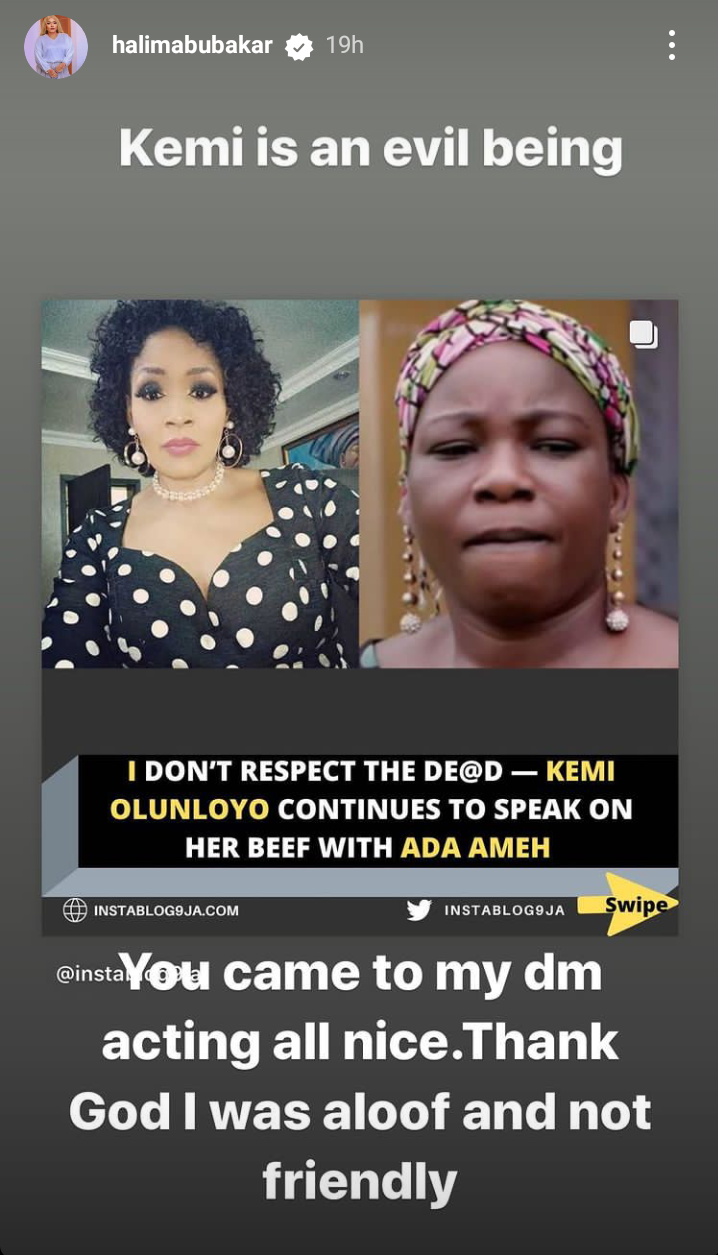