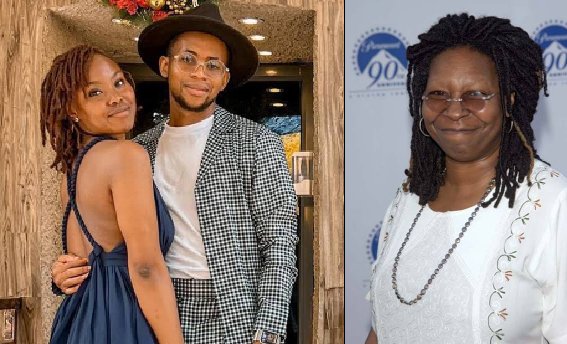 Barely few days after writer and Podcast host, Solomon Buchi and his lover made it to the front page of an international news site, known as E News, they have become the topic of discussion on American talk show, ‘The View’ .

This is coming after his controversial social media tribute to his fiancée telling her “you’re not the most beautiful woman”.

It was reported that Buchi shocked many when he took to his IG to send a message to his fiancée, Arike, declaring that she is not the most beautiful or the most intelligent but he has chosen to never find perfection in anyone else.

Solomon who also promised to put his gaze on her and mold her, opined that his description of his woman is a realistic base for real love and an acknowledgment that his wife isn’t the best, but he isn’t looking for the best in her.

Hours ago, the panel of the popular American talk show, ‘The View’, made the his controversial tweet the topic of their discussion as they reacted to Solomon Buchi getting backlash over his social media tribute to his fiancée.

Reacting, one of the members of the panel who is a veteran American actress, Whoopi Goldberg used the opportunity to give some relationship tips to his fiancee, Arike Adeola.

WRITER TROLLED FOR COMMENTS TO FIANCÉE: #TheView panel reacts to writer Solomon Buchi getting backlash following his social media tribute to his fiancée telling her "you're not the most beautiful woman." https://t.co/cVclFZyKV0 pic.twitter.com/z4XhG4xOGn