Home News US-based Nigerian man laments as his wife forced him out of his... 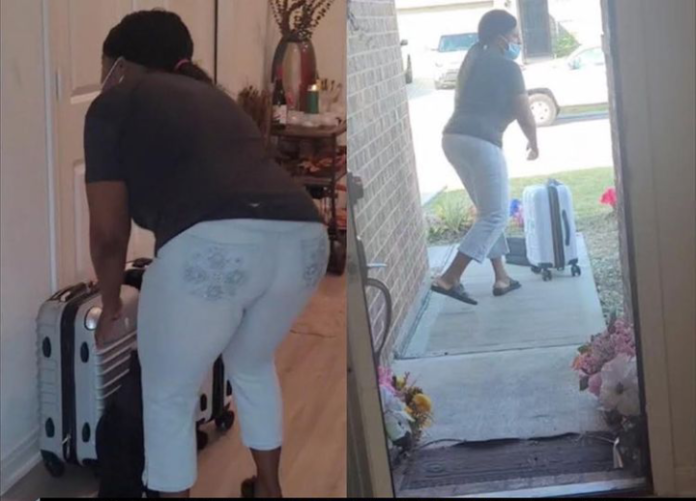 A Nigerian man based in America have uncovered a mystery through his own experience.

The man unnamed, recorded his wife throwing him out of his own house.

The woman whose entire face was not revealed, thanks to the nose mask she wore, was seen flinging the cloth bags of her partner.

The man on the other hand, didn’t make any physical contact with her, rather was verbally antagonizing her actions.

After he had exited the internal part of his building, he turned the camera to his face, analyzing the sad reality of wives in America.

Man stated women are obsessed with being in control of their husband and even their properties.

He also noted that the tradition of Africa is different from USA, says patriarchy reigns more than offshores of Africa.

He also stapled a time that he would come ‘live’ on his social media page, to tell his story.