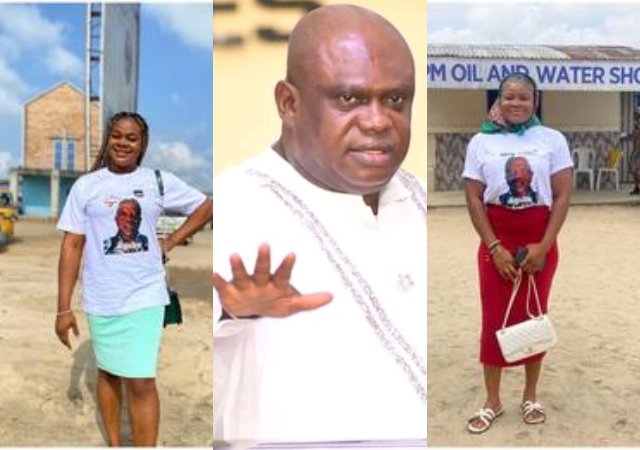 Apostle Chibuzor Chinyere, the General Overseer of Omega Power Ministries (OPM), has intervened in the conflict between two women vying for the attention of veteran actor Kenneth Aguba by making fresh proposals to both of them.

Two women, Annastasia Micheal Olamma and Ella Ada, have been at odds with one another and competing to impress Kenneth Aguba since the OPM GO pledged to marry the actor a bride.

Despite the actor openly expressing his desire to marry a virgin from Israel instead, the ladies didn’t slow the tempo as they sustained their social media campaigns of showing availability to be Aguba’s wife.

In an update on the church’s Facebook page on Monday, July 18, Apostle Chibuzor declared that he would be transferring the marriage package earlier made to Aguba to the ladies.

Apostle Chibuzor promised to support the ladies’ weddings and also send them and their spouses to Dubai for honeymoons.

He added that large sums of money will be given to them to start businesses after their weddings. Conditions for the offer to be fulfilled Two conditions were however given which must be met before the promises can be fulfilled.

One of the conditions the pastor gave is that the ladies must have their weddings in Port Harcourt. He further stated that the church’s marriage committee will accompany the ladies to their villages to confirm the authenticity of the weddings.

“I am not in Nigeria. “I have been monitoring events happening and I have refused to comment. Now I am saying something.

“As Aguba has refused to marry any woman from Nigeria.

“I am hereby transferring the gifts to the girls.

“Any man that marries both of them, I will support their wedding and also send them and their husbands on honeymoon in Dubai.

“But wedding must take place in Port Harcourt and marriage committee will follow them to their villages to confirm if the wedding is real or a scam.

“After their wedding, each of them shall be given a large sum of money to start a business

“I have informed authorities, that they are to stay clear from OPM free estate. No more causing nuisance in OPM estate. #opmgih.”

I Was Paid Only N5K For Some Of The Movies I Acted In The Past” – Actor, Kenneth Aguba