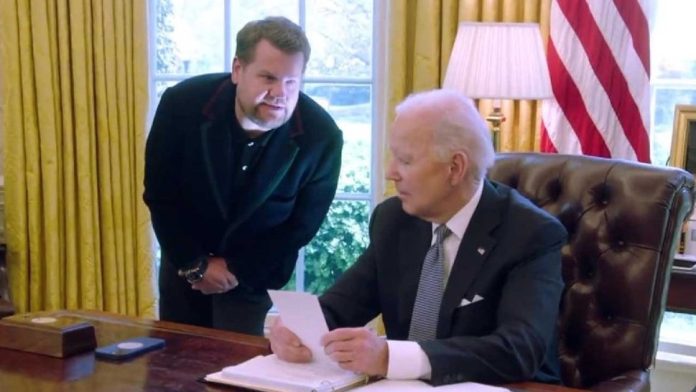 James Corden, a British comedian and TV broadcaster residing in the US, pretended to be President Joe Biden’s personal assistant while filming a segment for his show “The Late Late Show.”

As part of the “Take a Break” segment on The Late Late Show, Corden traveled to the capital city of Washington, D.C., to assist with various tasks inside the White House.

This included helping out in the White House kitchen, acting as a temporary press secretary to answer inquiries from the media, and even serving as President Joe Biden’s personal assistant in the Oval Office.  CLICK HERE TO WATCH THE FULL VIDEO. 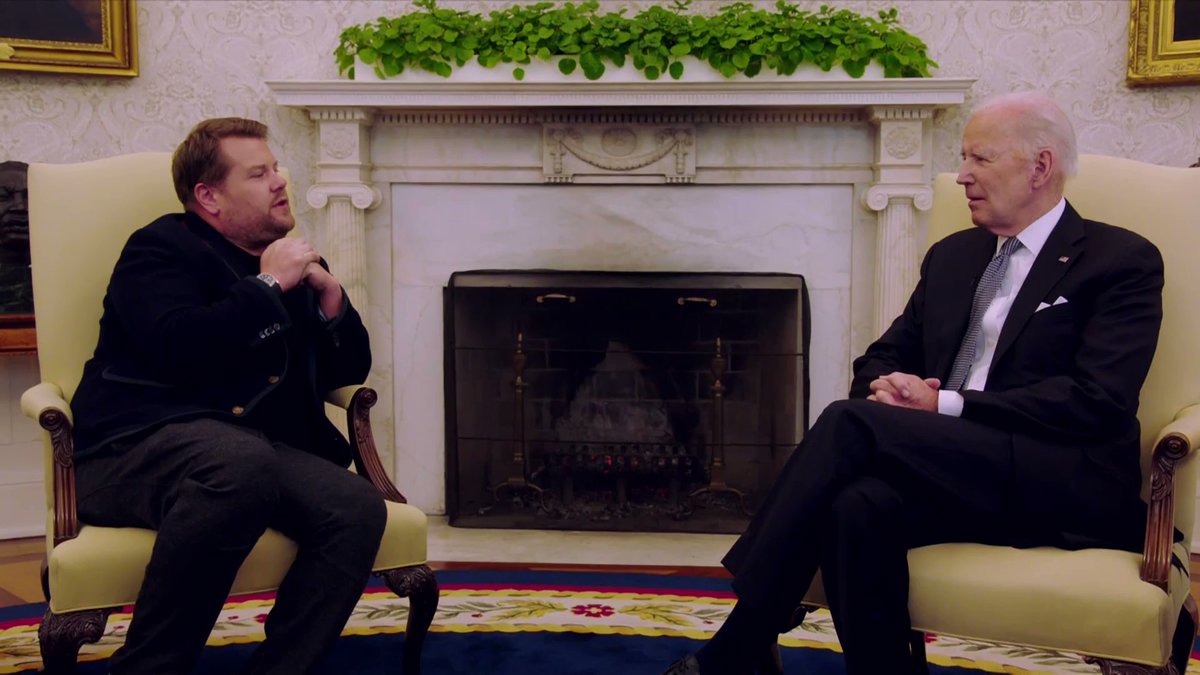 While Corden joked around, the president played along.

As his assistant, Corden snuck in a framed photo of himself and Harry Styles from an old “Carpool Karaoke” segment and placed it among the many presidential portraits — inadvertently covering up a photo of President Harry Truman.

Biden also gave Corden a tour of the Oval Office and its plenty memorabilia – including a chunk of moon rock inside a protective display case.

“You want to put it up on ebay, I reckon you would get a lot, we could do that no problem,” Corden joked. “A lot of this stuff is probably worth a lot of money.”

“You are getting me mixed up with the last president,” Biden joked.

The segment also featured former White House Press Secretary Jen Psaki, who resigned from the post in May.

Watch the videos below.

James is lending a hand at the @WhiteHouse! #LateLateLondon

"What the hell is The Late Late Show?" –the leader of the free world pic.twitter.com/XMhkjkSIaj

Okay, we know how President @JoeBiden feels about the CDC and the economy, but how does he feel about @onedirection getting back together? #LateLateLondon pic.twitter.com/lCXKRr8HQw