Home Entertainment “You will inherit curses if you aid a pathetic ingrate”, Yomi Fabiyi... 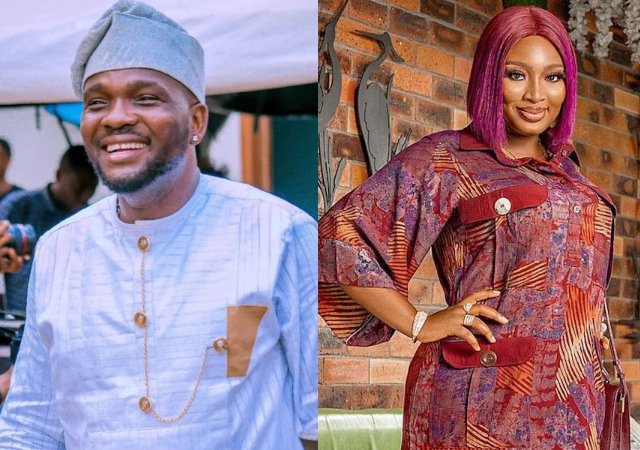 It was reported that Yomi Fabiyi shared a photo of Mo Bimpe and attached evidence of how their conversation started.

Then in a lengthy post he blasted the actress, saying that he never offered her or anyone sex for role.

Buttressing his points, Yomi, stressed that he is an adult and it is within his rights to be sexually attracted to any adult provided no force or coercion was involved. And that he has rights to sexual feelings provided it is within the ambits of the law.

He then appealed to her to be bold enough to call out those she offered sex in the industry to get to wherever she is now.

In a new post on Instastories, Fabiyi apparently further, declared that anyone who aid or albeit a pathetic ingrate and proud beneficiary will inherit a curse and natural justice and that is why people find themselves in serious problems.