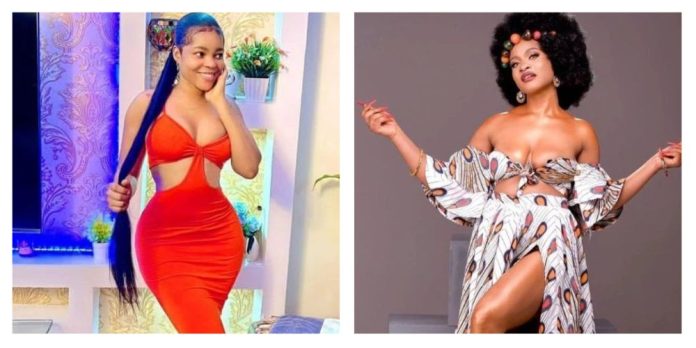 Chinenyewa Desire Okoebor, also known as Chichi, a housemate of Big Brother Naija Season 7 has at last revealed her conversation with Phyna regarding Eloswag.

At the ongoing reality show, Phyna and Chichi have developed a strong friendship, but last night, things took a new turn. Eloswag disapproved of a particular chat Chichi had with Phyna.

However, Chichi while speaking with her female colleagues today explained what she told Phyna before being misunderstood by Eloswag.

Chichi noted that she didn’t mean to interfere in Phyna’s romance with Eloswag but she only tried to warn her to desist from going after a man cheaply and focus on her game plan and the contest at hand.

READ ALSO
#BBNaija: Did we have S3x, Boma debunks rumors after married woman Tega confronted him for spilling their secret (video)

She seemed to be pointing at the fact that Phyna is losing focus and she chichi was just trying to make her focus on the contest rather than going after men.

It’s left to be seen whether she will be forgiven by Eloswag and his fan who were not pleased with the earlier incident.

#BBNaija: Daniella weeps after another steamy moment with Khalid (Video)