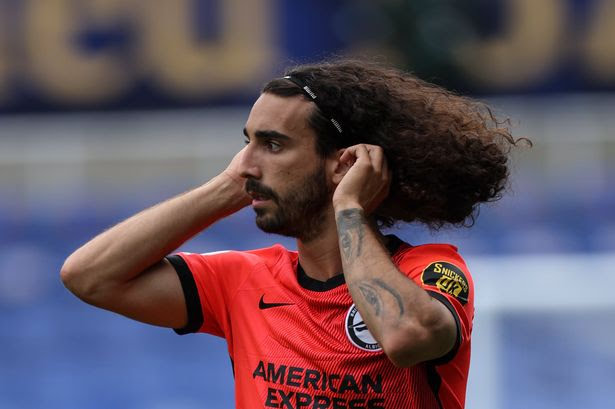 Brighton and Hove Albion have moved to deny reports that Chelsea have agreed a deal to sign Manchester City target Marc Cucurella, labelling them as ‘inaccurate’.

City have targeted Cucurella throughout the summer and looked to make a move for the Spaniard after selling Oleksandr Zinchenko to Arsenal.

However, the Blues were unwilling to raise their valuation of the player from £30million while Brighton, who are under no pressure to sell, have refused to lower their £50million asking price.

The standoff opened the door for Chelsea to swoop in and sign the left-back, with various media outlets reporting on Wednesday evening that Thomas Tuchel’s side had reached an agreement with the Seagulls to buy Cucurella for £52.5million.

It read: “CLUB STATEMENT: MARC CUCURELLA. Contrary to inaccurate reports from numerous media outlets this evening, no agreement has been reached with any club to sell Marc Cucurella.”

Contrary to inaccurate reports from numerous media outlets this evening, no agreement has been reached with any club to sell Marc Cucurella.

The bombshell means time hasn’t run out for City to make another approach for Cucurella if they have a change of heart and decide to meet Brighton’s demands.

However, it’s understood City do have a list of options for a new left-back in the event they miss out on the 24-year-old