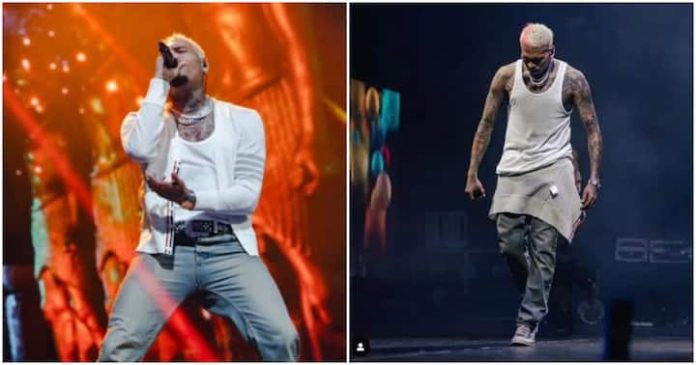 Top US singer Chris Brown has left many of his fans dropping funny comments on social media after a video of him trended.

The music star, who is known to be a great dancer, was seen performing energetically on stage during a show. However, Chris did not expect what came next.

His trousers got torn on stage, and the big hole was very visible to fans.

After the music star noticed it, he laughed loudly, but it did not seem to stop the show.

Chris quickly took a shirt and tied it around his waist and continued performing.

See the viral video below: