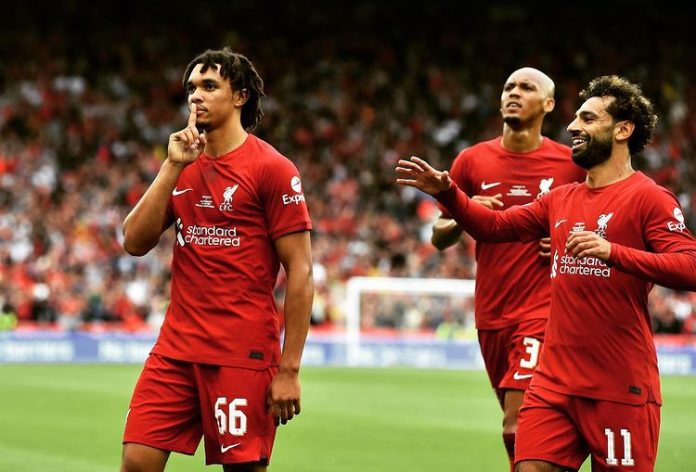 Trent Alexander-Arnold of Liverpool has stated he still lives with his parents and helps out around the house despite earning a whopping £180,000 and winning the Premier League, Champions League, FA Cup, League Cup, UEFA Super Cup, and FIFA Club World Cup.

Trent Alexander-Arnold, a right-back who is now 23 years old and perhaps the finest in the world, has emerged as one of Europe’s top players in his position.

According to the player, being around family has helped him remain level-headed, knowing fully well many athletes in his position might prefer spending their wealth on cars, houses or entertainment.

He says the habits he learns helps keep his life “clean and healthy.”

“You start getting paid some money and young players always think the first thing is to move out, get a new car, stuff like that.

“And then the environment is just not the same. You’re living at home. You’ve got your parents to keep you in line and make sure things are clean and tidy, the dishes aren’t stacking up and you’re going home to a nice, clean environment and things like that. 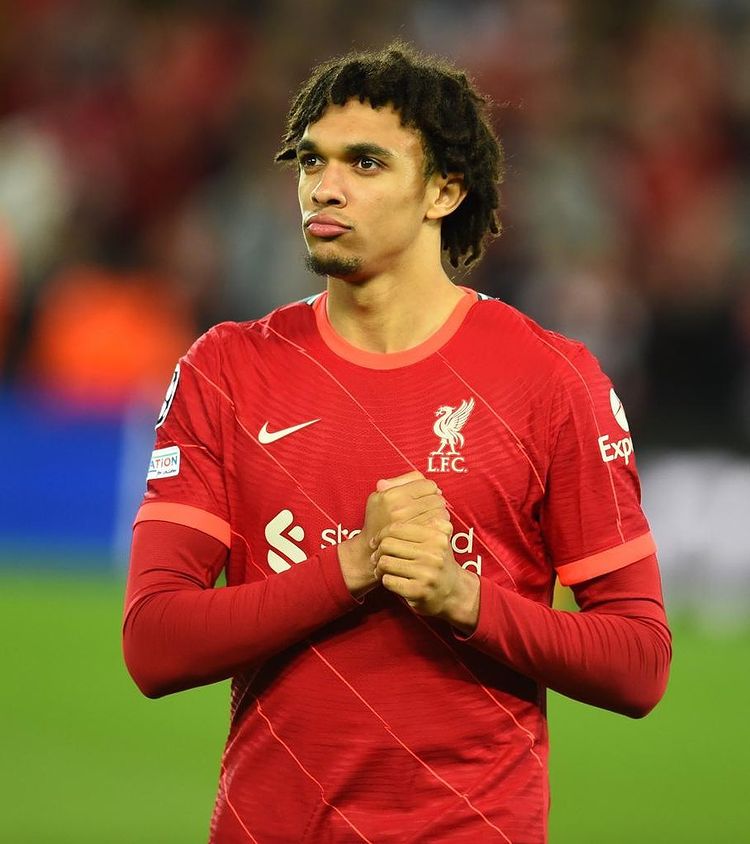 “Whereas living at home (on your own), breakfast and dinner, you just think: ‘I’ll do that later.’ And then you come in from training and then you’re just not in a clean, nice environment. So I’ve never felt a rush to leave home. I’ve always had the right messages.

“I’ve just always enjoyed having family around me. And they’ve kept my feet on the ground and pushed me to the levels that I’ve got so far. So I don’t think there’s any rush for me to make a decision.”

In his 161 appearances in the Premier League, he’s scored 10 goals, provided 45 assists and has a remarkable record of winning 114 games and only losing 19 times.

But despite that record, such has been the brilliance of Manchester City under Pep Guardiola, Alexander-Arnold and Liverpool’s trophy winning has been halted.

Speaking about rivalry between Liverpool and Everton/Manchester United, he said;

“It’s always going to be that no matter where either team finishes in the league, whenever it’s going on, there are always very heated games and both fans really want to win it the most. But I think for different reasons, now, Man City is the biggest game of season, the best team in England, one of, if not the, best team in the world as well.

“And, of course, they’re the team that set the pace, set the benchmark for the rest of the league. Four leagues in five years is something that not many teams can say we’ve done. So it’s difficult for us to look past them and look for anywhere else as motivation. Our motivation is if we stay in and around City, then over the last four or five years, you’re in a good place.”