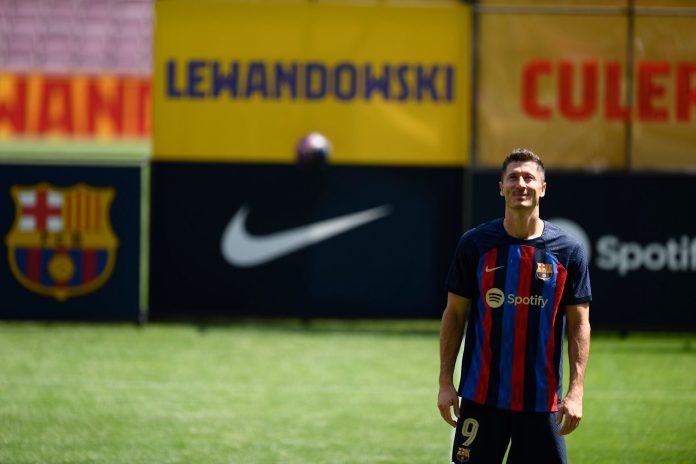 After being acquired for €50 million from Bayern Munich, Robert Lewandowski has been introduced as the new No. 9 for Barcelona.

On Friday, August 5, the Polish striker made his debut in front of thousands of fans at Nou Camp while donning the recognizable jersey that belonged to Memphis Depay, who is heavily connected to leaving Camp Nou.

Good Morning Culers,” Lewandowski began in Catalan, which went down well with the crowd.

“I am very happy to be here, thank you!” he continued.

“I heard that Barcelona wanted to sign me, and that was a sign that maybe now is the perfect timing to go to Barcelona, go to LaLiga. I know that I can still play for a few years on the top high level and that’s why I decided to go to Barcelona. I’m very happy to be part of this team,” Lewandowski remarked. The forward, who scored 238 Bundesliga goals in 253 games for Bayern, then dazzled the fans with some fancy kick-ups.

Lewandowski, 33, signed a four-year contract with a release clause set at €500 million after departing Bayern Munich for £42.5 million