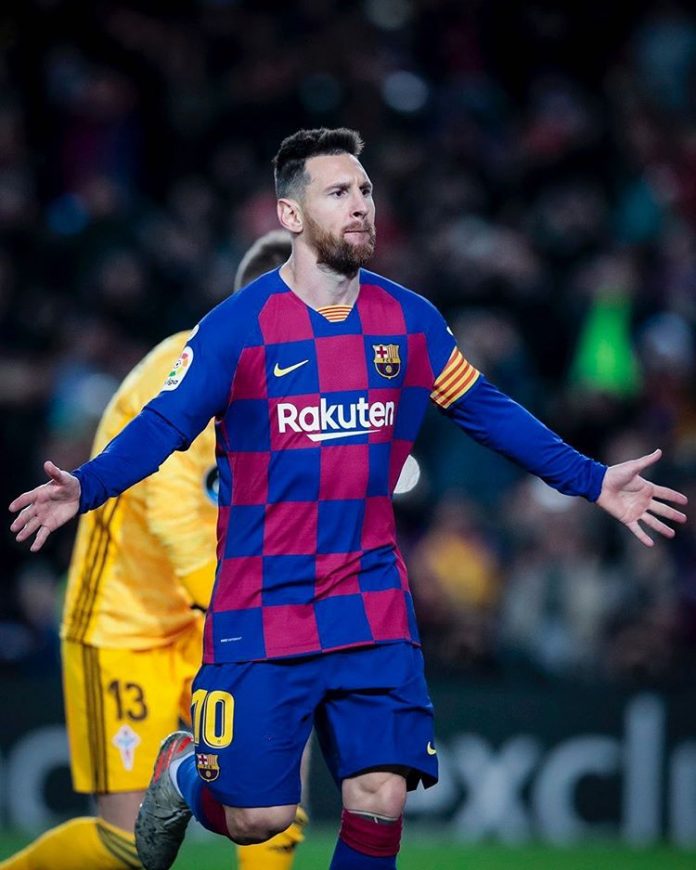 Spanish Champion, Barcelona might be having a bad time on the pitch but they are doing great for themselves on the financial side as they top the Deloitte Football Money League for the first time. 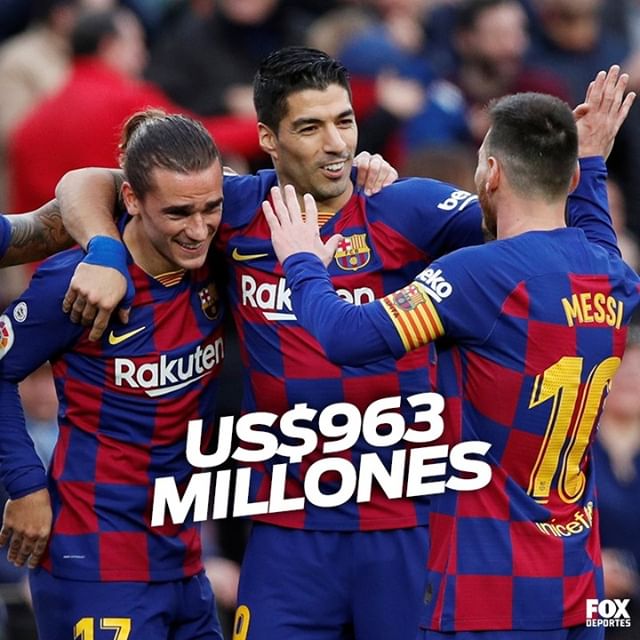 Barcelona who recently sacked their manager, Ernesto Valverde made it the top of the money league for the first time in their history.

The Catalonia team topped their Spanish rivals, Real Madrid who camr second in the rankings as Manchester United came third.

Bayern München was placed forth on the rankings French champion, Paris Saint-Germain was ahead of Manchester City as they clinched the fifth and sixth spot. 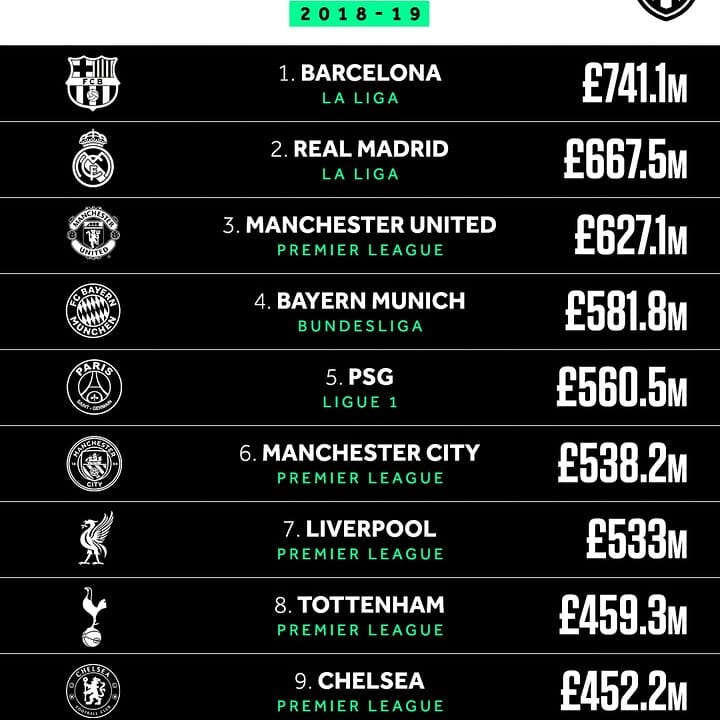 Barcelona will be hoping to continue their dominance as the battle for supremacy continue when they meet Granada in their next La Liga tie.