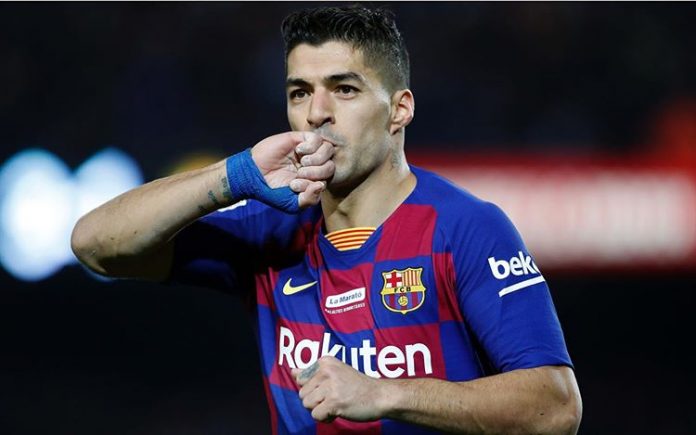 Barcelona forward, Luis Suarez has been ruled out for four months after a successful knee surgery.

The 32-year-old underwent a surgery on his knee after sustaining an injury in their 3-2 loss to Atletico Madrid in the Super Cup semi final clash in Saudi Arabia.

Acccording to a statement by the club, the Uruguayan striker was operated by Dr. Ramon Cugat for an injury to the external meniscus of his right knee.

Suárez has participated in a total of 23 games this season, in which he has scored 14 goals: 11 in the league and three in the Champions League.

In addition, he has the most assists in the Spanish league in 2019/20 with a total of seven.