Home Entertainment Chioma arrives in Nigeria for the first time since the birth of...

Chioma Rowland, the engaged girlfriend of singer and songwriter, Davido has arrived in Nigeria for the first time since her son Ifeanyi Adeleke was born in London . 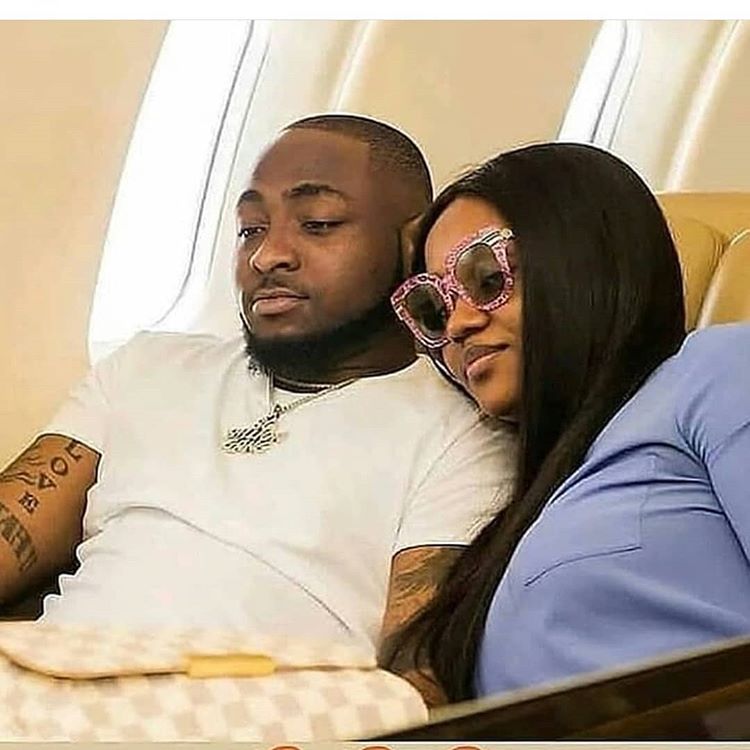 Davido who was excited welcomed his fiance Chioma back to the shores of Nigeria for the first time since they both welcome their son some months ago.

The superstar in the company of his lawyer, Prince picked up the mother and child at the Lagos Airport up and early this morning.

It was a cozy moment as Davido could be seen placing his head on Chioma’s shoulder while she had her baby fast asleep in her hands.

Obviously, the arrival of Chioma seems to have put to bed all the rumours flying around over her fidelity to the superstar.

Though Davido have gone on to deny such rumours as he stated via a post on his Instastories that such news are fake as he insist that he’s the biological father.

However, controversial journalist, Kemi Olunloyo has stated that Davido has no plan of getting married to Chioma as she noted that Peruzzi has done a lot of damage on her.

Kemi Olunloyo took to her Twitter page to share the shocking statement as she noted that Davido hate ugly things. 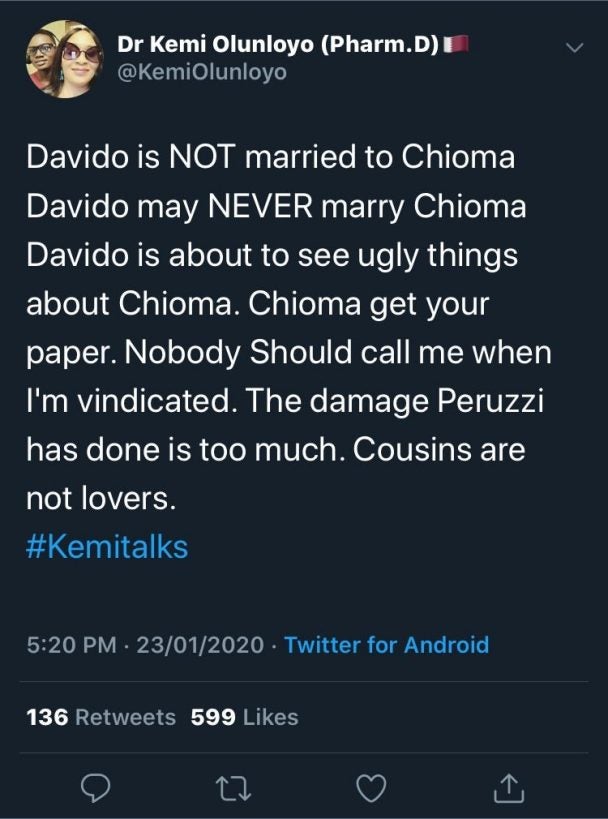 She wrote in part:
Davido is NOT married to Chioma
Davido may NEVER marry Chioma
Davido is about to see ugly things about Chioma. Chioma get your paper. Nobody Should call me when I’m vindicated. The damage Peruzzi has done is too much. Cousins are not lovers.

Fans will be hoping Davido and Chioma shock the widely hated journalists by taking their relationship a step further by doing their much anticipated wedding this year.