Universal Music artiste, Tiwa Savage has never been shy in showing how much love she has for son, Jamil Balogun and she’s not ready to slow down as she continues to show him how fashionable he could be. 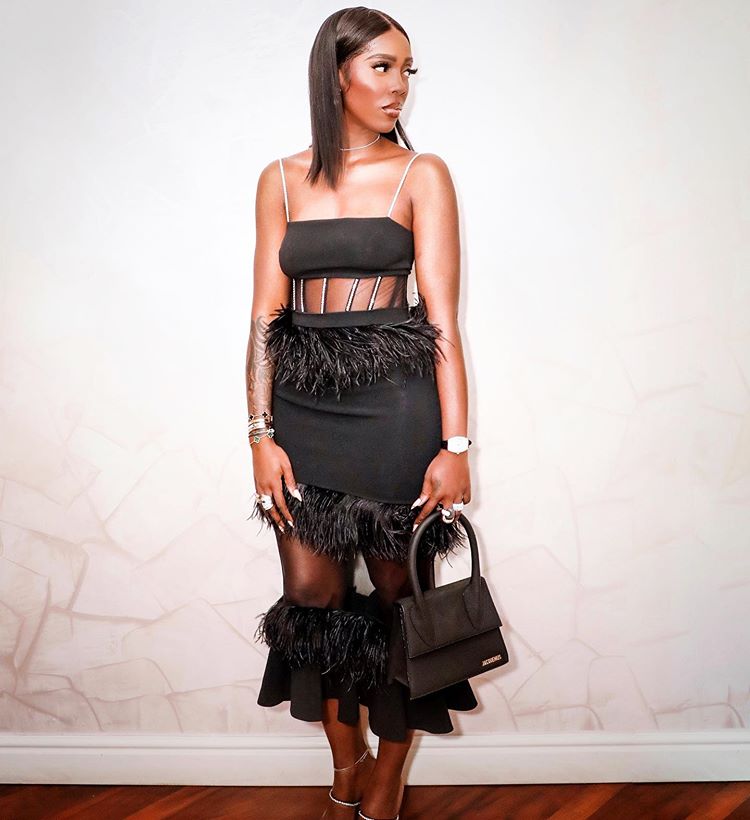 Tiwa Savage who is better known for the style and glamour that comes with her songs had a nice time with her son and they made sure they stepped out with another fashion statement.

The beautiful and sexy songwriter seems to be making for all the lost time as she takes a time out with her son as well as her mother who also looked stunning in her outfit.

Jamil Balogun whom Tiwa Savage had with her former husband, Teebillz looked handsome in his lovely two piece outfit while Tiwa Savage was rocking an amazing black gown which revealed her hot body.

Tiwa Savage have been in the news lately for her alleged relationship with fellow singer and rapper, Wizkid after both stars were seen hanging out on different occasions.

Both singers raised eyebrows when Wizkid released the visuals for his hit single ‘Fever’ which he featured Tiwa Savage as fans speculated they were in a relationship as they were all over each other in the video.

The drama did not stop there as both artiste continue to pull different stunts while performing on stage as Wizkid was famously caught on camera pressing the ‘ass’ of the mother of one.

However, Tiwa Savage during her yearly concert which was held in Lagos some months ago cleared the air on their relationship as she noted that her relationship with Wizkid is personal and nobody’s business.

Despite not affirming that she’s in an affair with the award winning singer some section of the fans think she his while some insist she’s not in any relationship with Wizkid as they noted that it’s all about show business and a publicity stunt.

See DJ Khalid’s reaction to lady who tried to twerk for him during Ramadan...

Violette - May 4, 2020 0
American singer and disk jockey, DJ Khalid was in the middle of a dramatic scene on IG live video as a lady try to...

Violette - November 12, 2019 0
Reality Star, Tacha is getting massive support from her fans on social media as her Twitter Handle gets verified. Tacha who just finished her meet...

Violette - October 3, 2021 0
Seems housemates at the ongoing Big Brother Naija season six reality show has decided to entertain fans till the last day of the show...