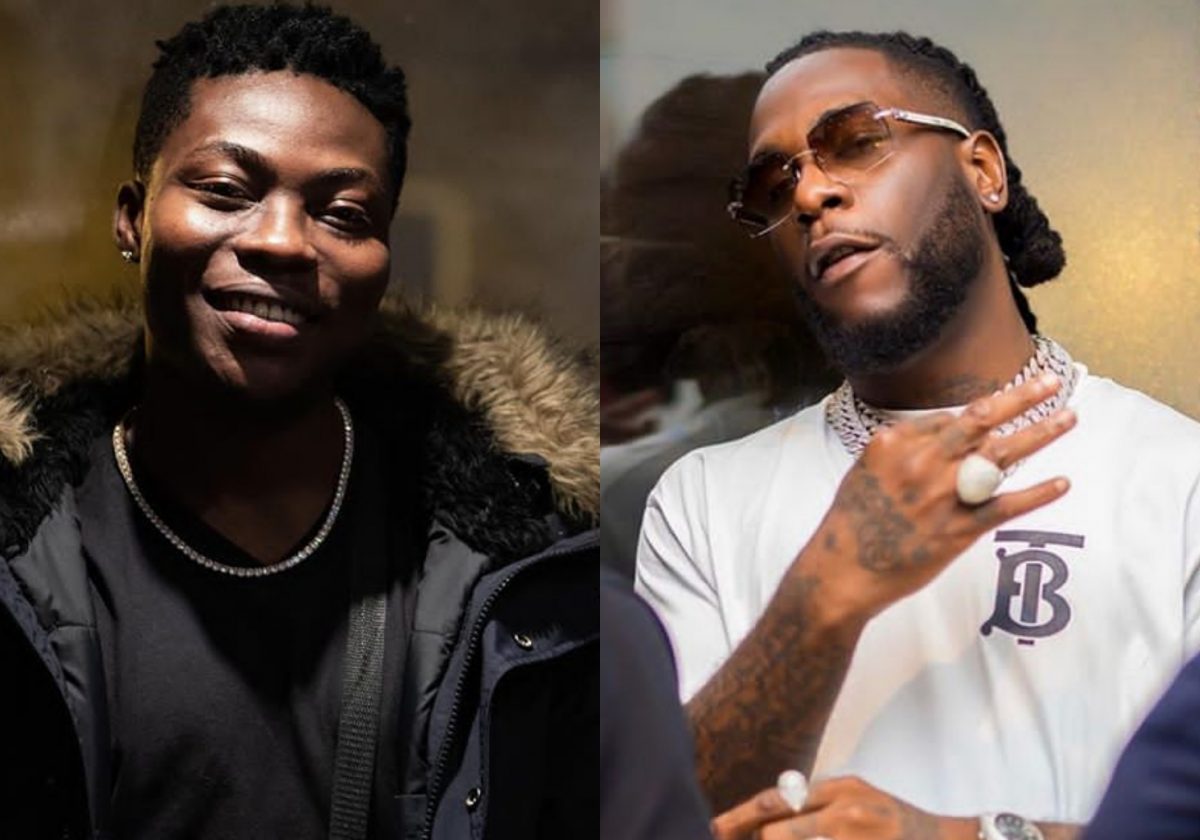 home, singers have taken to social media to entertain their fans via some series of

However, Burna Boy showed Reekado Banks how much savages he’s got to offer as he rips him apart for asking for a rap battle.

compete with him on the big stage.

none, however Reekado Banks jumped onto the scene asking for a battle.

He was however given a reply that no one would have expected.

See how Burna Boy roast Reekado Banks who asked for a rap battle: 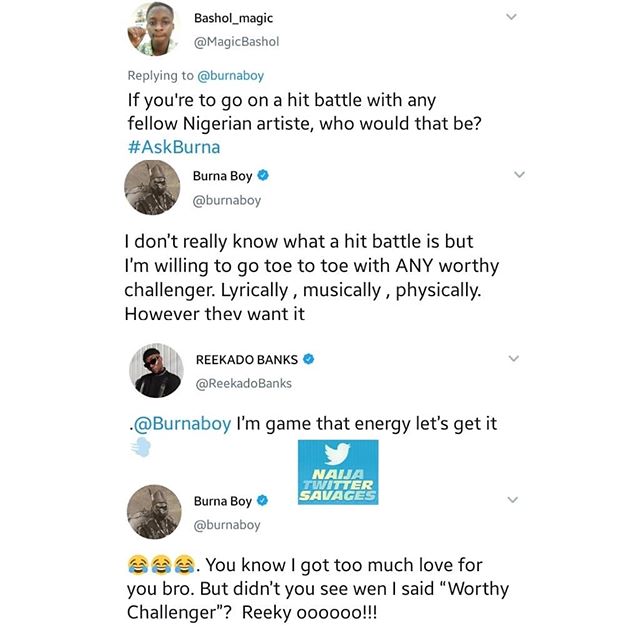 Award though he lost the award to legendary female singer, Angelique Kidjo.

been dishing out some hit singles.

Burna Boy will be hoping the whole world can get over the Coronavirus which is currently causing havoc so as for him to continue his tour across the globe.