Home Entertainment Daddy Freeze arrests fans who made a lewd comment about his son...

Popular On Air Personality, Daddy Freeze arrests social media fans who made a lewd comment about his 5 years old son. 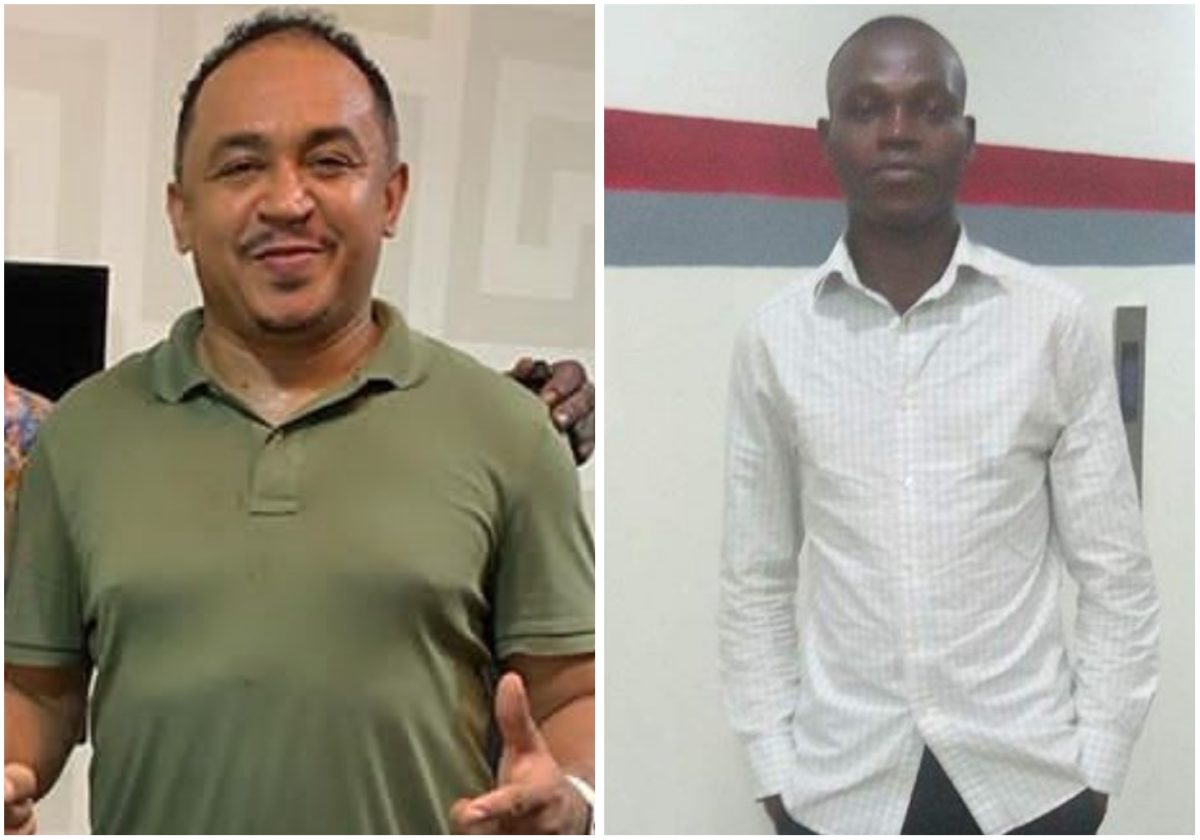 Daddy Freeze some hours ago called out the man on his social media platforms for sexualizing his 5 years old son.

as he noted that the such people should not be allowed in public places.

arrest the man for his actions towards his young son.

Daddy Freeze via the post noted that the culprit has been interrogated by the police force as he thank fans for staying behind him.

READ ALSO
I am not Gay ooo – Daddy Freeze

Thank you everyone, he has been apprehended and is currently being interrogated by the police. – He works with a popular security firm who will be making an announcement latest tomorrow, regarding this incident. – Thank you all for your support as we work together to create a world that is safe from sexual predators. – Appreciation to @do2dtun @rangeroverdoctor @opetodolapo @officiallindaikeji @tundeednut @instablog9ja @aleeygiwa @tiannahsplacempire @tontolet members of the #FreeNation @truthwillalwaysstand @lara_sage_lifestylecoach

his son might serve as a warning to trolls who love criticising the OAP.

The actor who is known for being controversial with his comments on social media will have prove a point to trolls who love criticising him.

Nigerian Artiste, Skiibii buys a new ride for himself

Violette - March 14, 2020 0
Nigerian artiste and musician popularly known as Skiibii has been seen with a new ride. The music star updated his Instagram page with a...

Why I keep my relationship away from Social Media – Kizz Daniel

Violette - August 8, 2020 0
Nigerian music star, Oluwatobiloba Anidugbe popularly known as Kizz Daniel have revealed some of the sacrifice he had to make while trying to make...

Violette - December 25, 2019 0
Afrobeat singer and songwriter Wizkid has made a shocking statement about his love life as he note that he's getting married next year. Wizkid who...