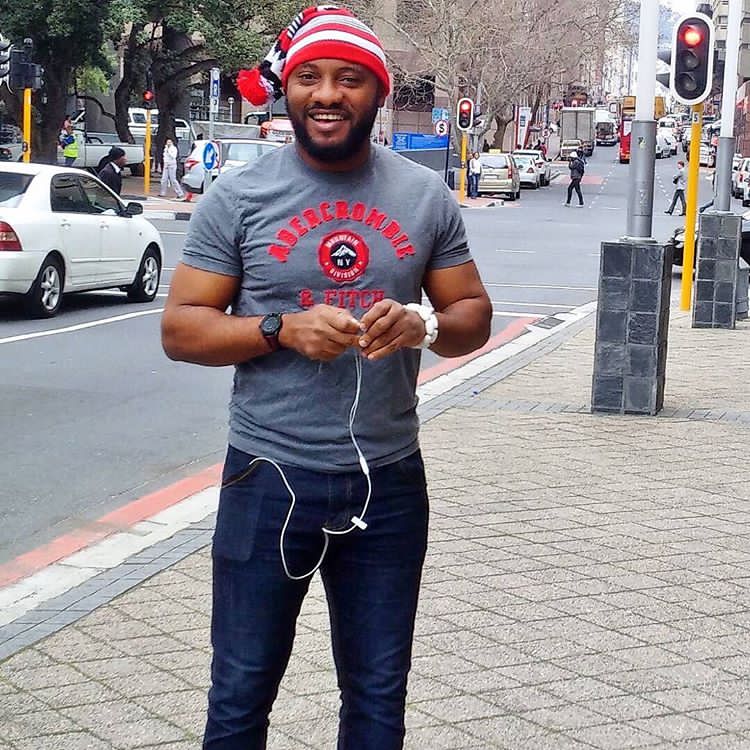 Veteran Nollywood actor, Yul Edochie showed his mentorship spirit as he advice a follower who disagreed with his post. 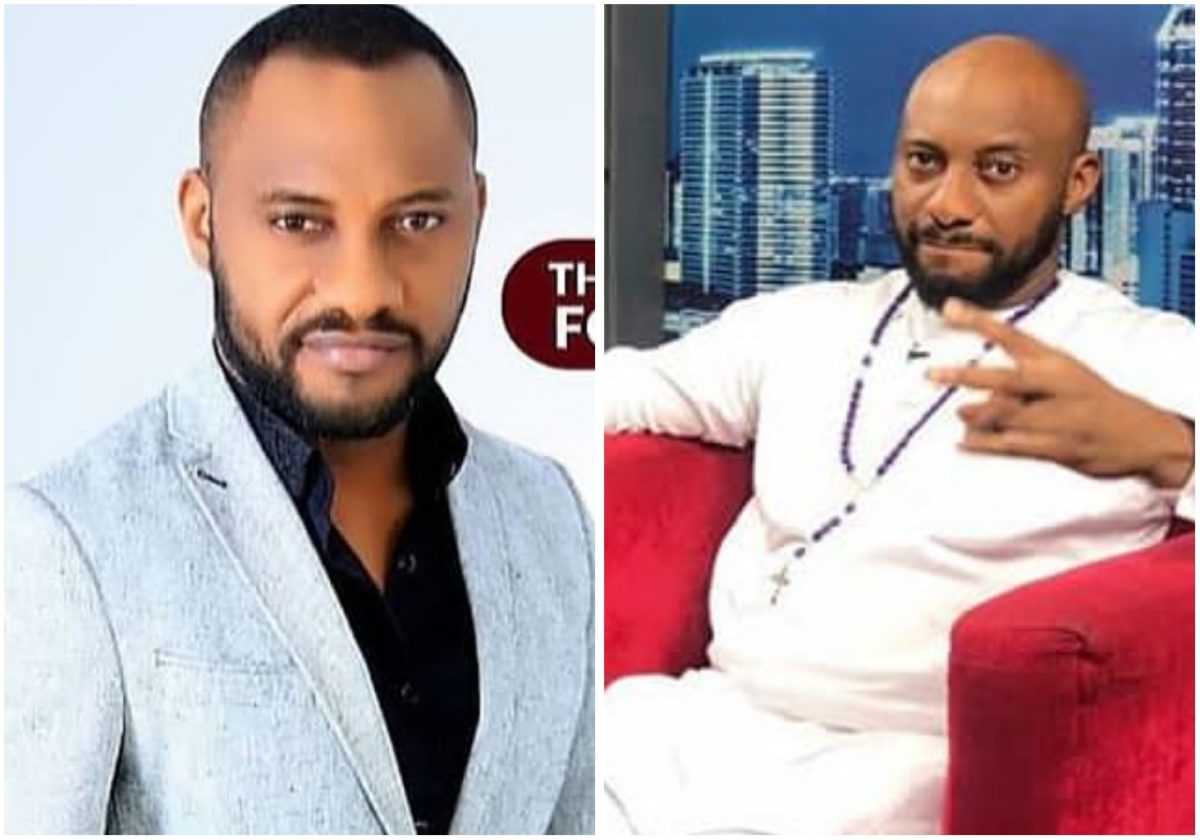 Known for his motivational post on social media, Yul Edochie adviced fans on the

need to stay focus and find what they have passion for.

other people nor beef them as their time will surely come.

However, the post was not so touching to a female fans who claimed such advise don’t work in Nigeria.

According to the fan, she had a passion for acting but was discouraged when the

producers ask for s*x before they give her a role in their movies.

Not too convinced with her lamentation, Yul Edochie schooled her on the need to be

persistent and not let such scenario way her down. 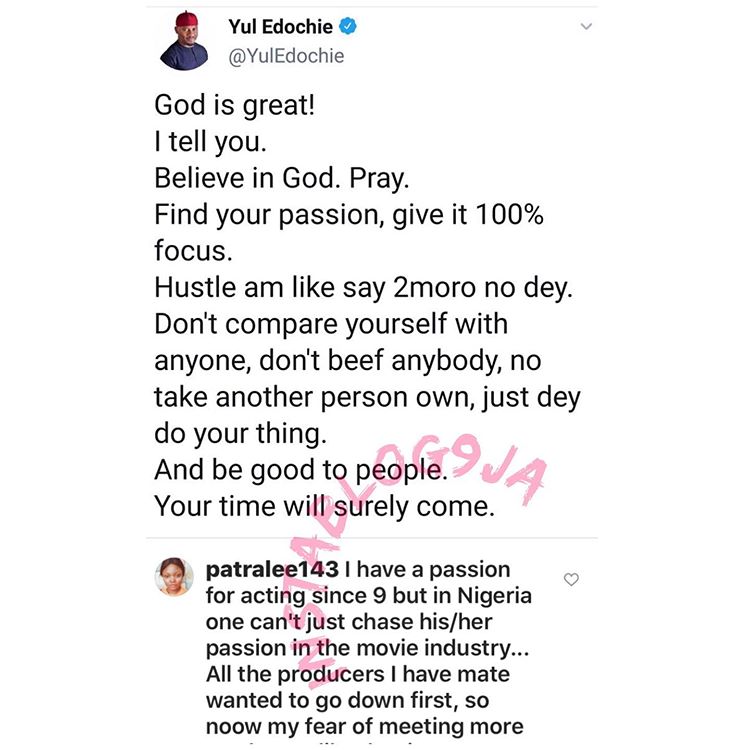 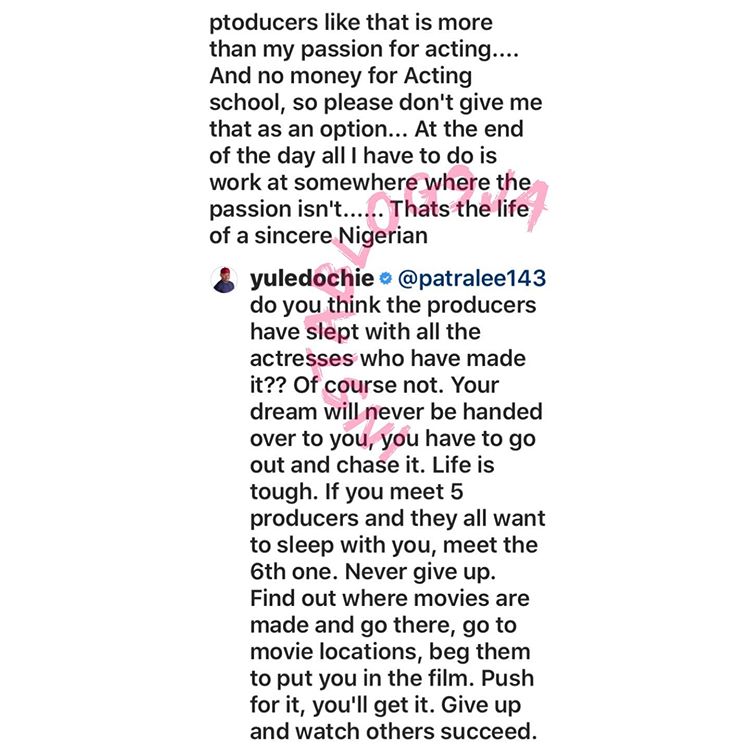 youths of the country.

scape through the harsh condition they’ve found themselves.

Still on the Edochie’s, Pete Edochie, the father of Yul Edochie some days ago raised

The veteran actor who was not pleased with culture noted that any man caught in the habit is a fool.

According to Pete Edochie, the culture is meant for the western part and not for Nigerians.

‘If you pray for my downfall, may downfall consume you’ – Yul Edochie prays for his haters