Angela Okorie is a Nigerian actress, celebrity and on screen character.

In the year 2015, she won the City People Entertainment Awards for Best Supporting Actress. 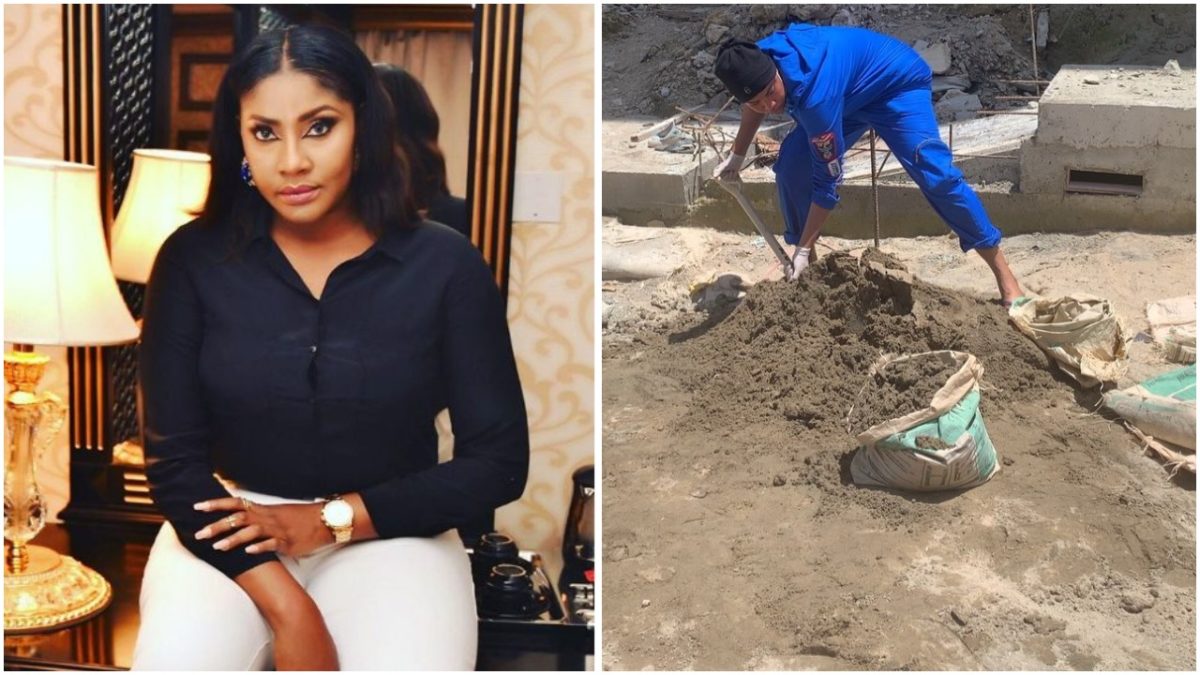 She has also won many other awards to her name in Nigerian and other places.

of armed men on the high way.

performance when they attacked her.

The hired assassins were shoot at her continuously for more than 30 minutes before they could leave when bullets were not penetrating her.

She said it was only God that saved her from been killed that very year.

We can say that the Nollywood actress has got to be the luckiest woman on earth just after surviving an alleged attack from hired assassins.

Many of her friends even thought she was dead after the shooting but she is still very much agile and alive.

The young lady is now a bricklayer, turning mixed cemet and doing menial works as seen in a video.

She wrote on her Instagram page with a caption that the person she’s working for is not paying her.

Seems the celebrity has found a new means of feeding herself apart from acting.

This work hard eeeee But I choose to do it for a reason This fat tozo of a man I heard he is at home enjoying life with his family , that one E pain me ???? Just this small money wey i work for,he said he is not paying why why big oga, I was told on TV that my Certificate is not a guarantee to get a job in this country, So I kuku carry the certificate keep For under bed , then I got this job that am supposed to be 5k a day , then this aradite of a man said he will pay when we are done with the whole house , who does that , so meaning I no go chop till further notice, Maka why ?‍♀️?‍♀️ Oga aradite I will call u out ooooo Pay me my money Aka gum

Violette - September 25, 2021 0
Controversial Nigerian cross-dresser, Idris Okuneye popularly known as Bobrisky has finally opened up on his relationship with billionaire businessman, Mompha. Bobrisky has been trending on...

BBNAIJA: Off To Dubai- Ifuennada Uploads Pretty Photos As She Departs Nigerian.

Violette - November 12, 2019 0
Former bbnaija house mate, Ifuennada Iheme looks so classy in new photo she uploaded few minutes ago as she announced her departure to dubai...

SERENA WILLIAMS Enters CINCINNATI with WILD CARD, as her NO. 1 RANKING...

Johnson Olumide - February 18, 2020 0
The World No 1 seeded in the Women Tennis by WTA  has qualified for the Cincinnati Competition via a Wild Card, Serena had Initially not Registered for...