Cardi B who is an American singer and vocalist has shown herself with hubby. 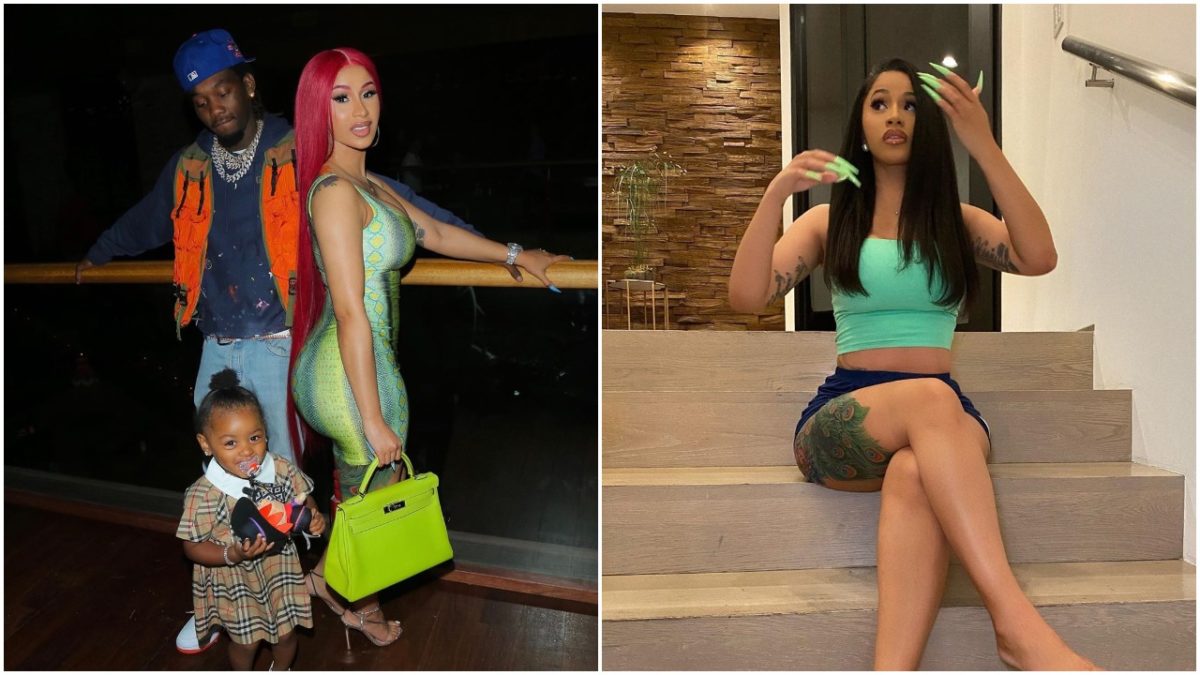 She was however seen taking pictures with her husband before their child bumped in.

As she is always professionally called Cardi B but her real name goes by Belcalis Marlenis Almánzar.

Starting from her young age, she has been someone very interested in music.

She was raised and born in New York city which is know to be very busy city in the United States.

Coupled with her sonorous voice, she is also very good with acting.

Her personality portrait a kind of humble person though born with a silver spoon.

She is also a very popular television personality with lots of vibes.

The American rapper and songwriter who got married to offset when she was just 24 years of age.

Offset who is also a popular singer with lots of fan base all over the world.

His real name which goes by Kiari Kendrell Cephus always makes sense with his songs.

He became popular when he joined the famous hit hop group called Migos.

But recently, he took pictures with his wife Cardi B as their child showed up.

Check out the cute pictures of Cardi B, Offset and their child below.

Guess who photobomb me and @offsetyrn picture ? And she know she did it on purpose ???