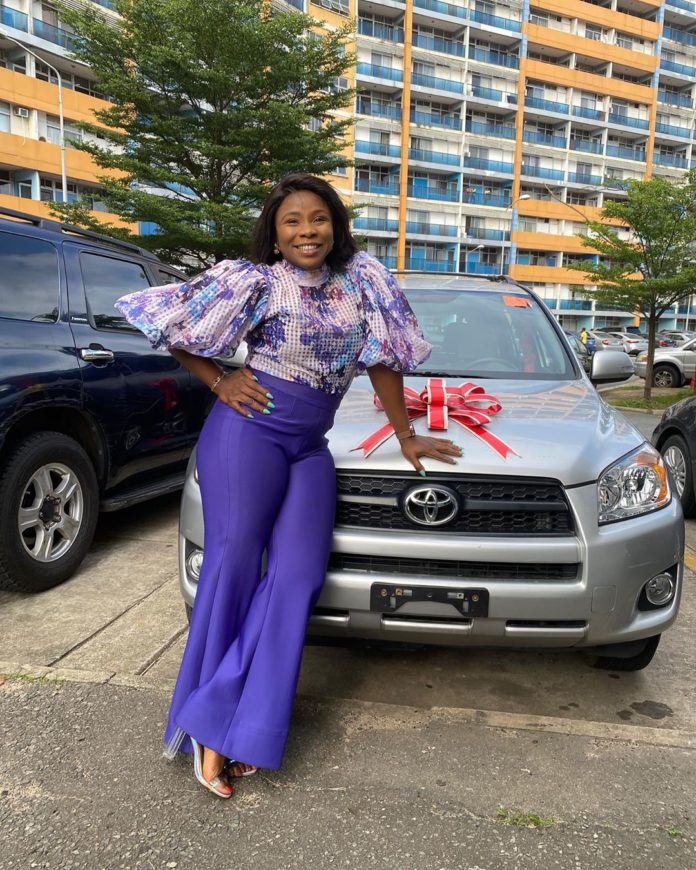 The former ultimate Love guest who is known as Bolanle Oluchi, has been gifted a car by her fans. 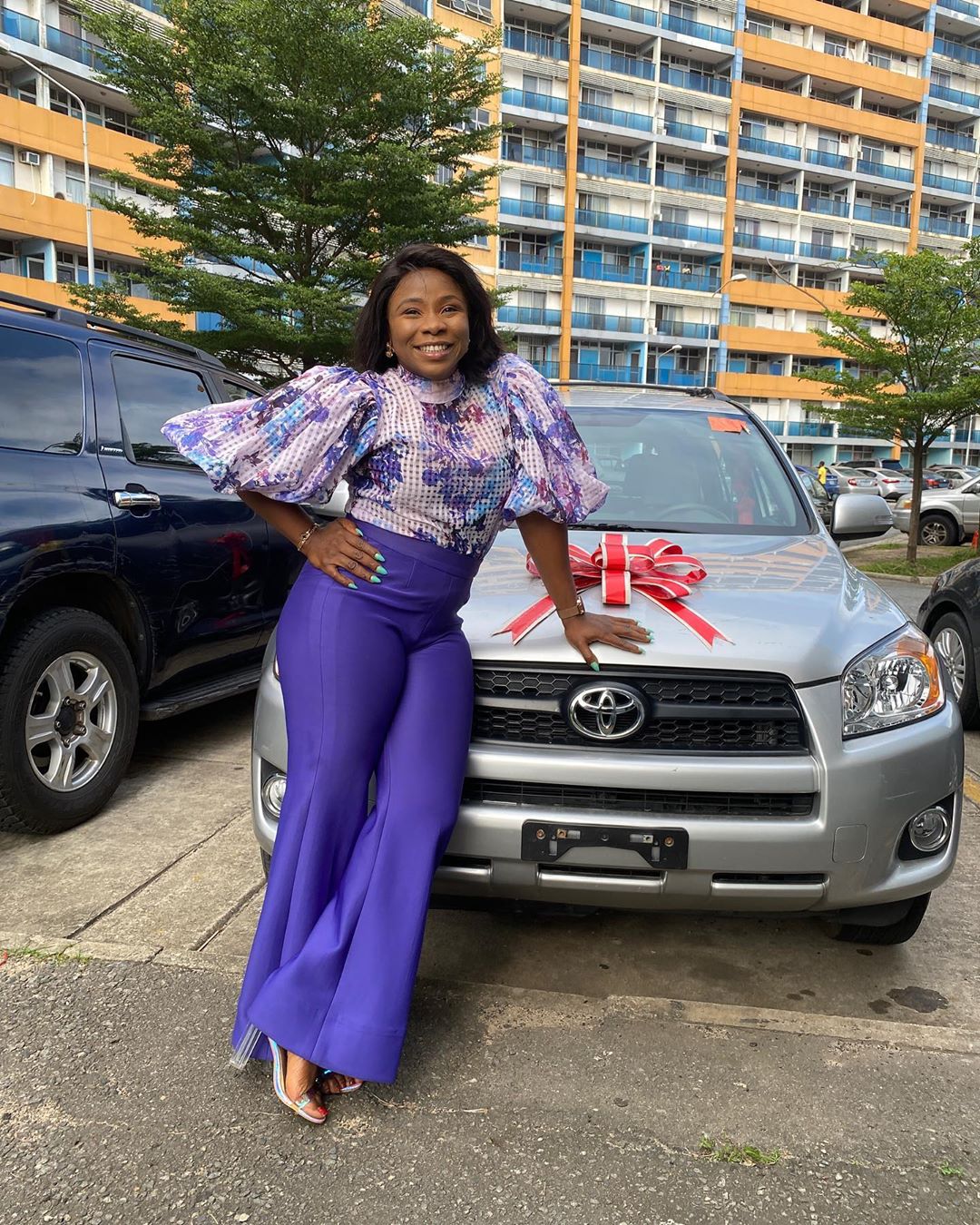 it public in a video that her fans gifted her a car.

Bola who was in the video with other people which seems to be some of her fans,

also made it known that the gift should have come earlier.

The fan stated that, they had planned to gift her the car on her birthday but due to unforeseen circumstances it was postponed, nonetheless she was happy about the gift.

The reality star who was in a realtionship with Arnold who was also a participant of the ultimate love reality show before she fell out with him, expressed her happiness and joy over the gift.

Below is the video from the scence.