Home Entertainment #BBNaija: Meet the Lockdown Bbnaija Housemate Season 5, plus all you need... 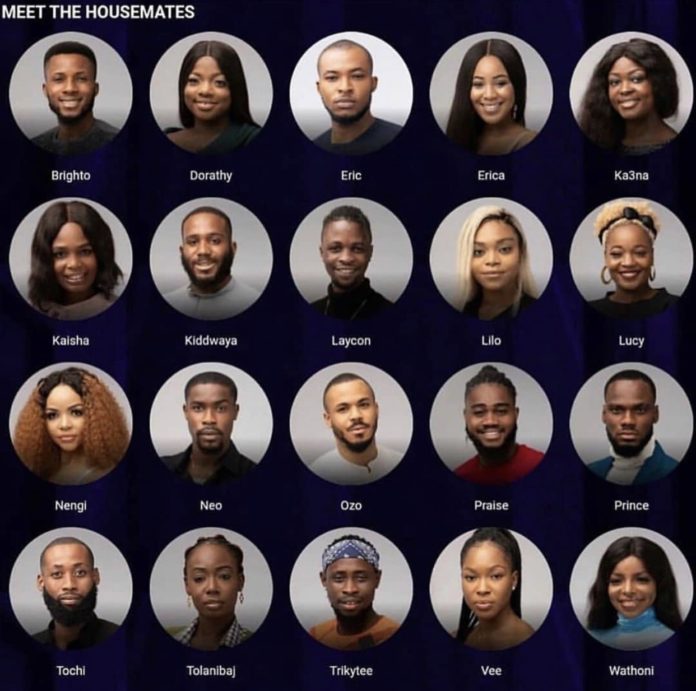 The much anticipated Big Brother Naija is back again and for the next 10 weeks, we will be updating you on the juciest, funniest, controversial stories from the show, making sure you are upto date on the activities of the show. 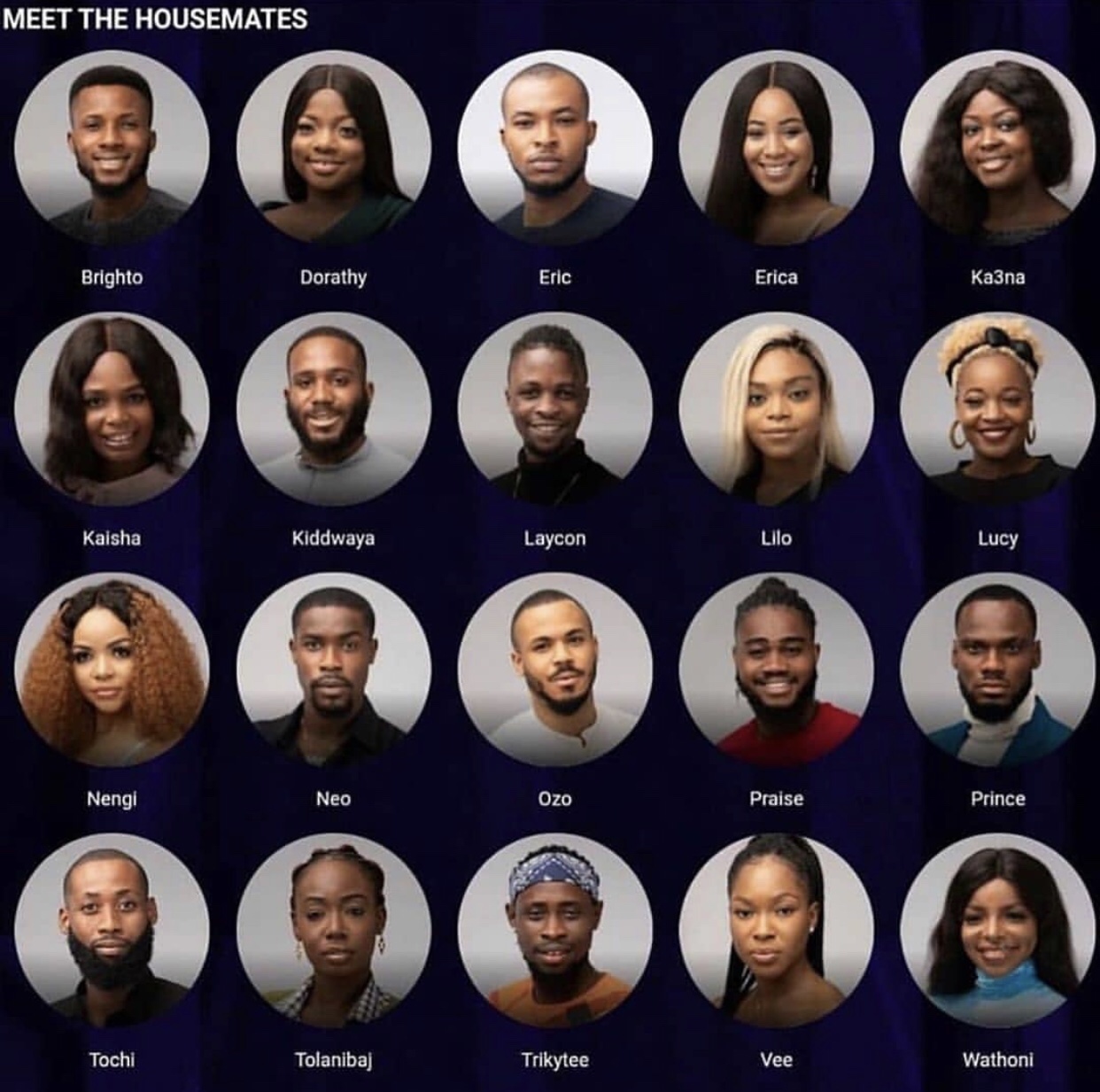 Let’s get straight into the business of the day. Here are the Top 20 Housemates that will be keeping is entertained.

The first house mate for this season’s Big Brother naija lock down is Ozoemena Chukwu [27]. He is a consultant and entrepreneur from Imo state, Nigeria.

He loves analyzing sports watching documentaries and television shows his biggest achievement is working for a UEFA foundation ‘I took great pride in it and enjoyed every bit of it’.

Victoria Adeyele [23] Is a musician based in Lagos Nigeria born and raised in London, she moved to Lagos just a year now to pursue her music career

Nelson Enwerem Prince [24] is from Abia state, a graduate of Pure Physics from the university of Calabar. He is a model,fashion designer and interior decorator. He enjoys History, Sports and reading. He’s biggest achievement is winning Mr Nigeria and competing in Mr world ‘it earned me great respect’.

Boluwatife Aderogba [23] from Lagos Nigeria is a Dietitian. She’s an Entrepreneur and describes herself as a product of grace.

Timmy Sinclair [35] from Bayelsa state is a Creative artists are resides in Lagos. He considers himself a storyteller using film and music to express himself. His biggest achievement was winning best director in a stage drama back in 2013 at the NYSC cultural and sports festival in Abuja.

Lucy Essien [30] is our 6th housemate from Lagos. She’s an entrepreneur and a self proclaimed simple girl. She believes in fairy tales (you know the happily ever after thing lol)and hopes biggie’s house would deliver her just that.

Say Hello to Terseer Kiddwaya [27] from Benue state. He is Self-employed and describes himself as a daredevil who is highly motivated, ambitious, confident and good looking (which we all can agree with#winks).

Dorathy Bachor [24] who Is already a trending topic on ‘Twitter Nigeria’ for having and flaunting her busty chest, is an entrepreneur from Lagos, she believes her sassiness will be an asset in the house.

Praise Nelson [28] hails from Enugu state. He’s a dancer and not new to fame. He was the winner of K pop world festival 2015 in South Korea and won 3rd place at a national dance competition in 2010. He is also a fitness instructor and is certified Latin Ballroom expert.

Florence Wathoni Anyasi [29] Is of Nigerian-Kenyan dissent. She’s a fashion entrepreneur who runs a fashion business and a parenting blog,she speaks and writes fluently in Swahili.

Tochukwu Okechukwu [28] is from Imo state.He is a real estate agent who lives and breathes entertainment.

Kate Jones[26] from Rivers state. She’s an entrepreneur who describes herself as a perfect housemate ready to take on any and everything. She dreams of fame and owning the biggest luxury fashion brand in the world.

READ ALSO
Ex-BBNaija star, Tuoyo shoots his shot at Jackie B, Says she is too hot

Eric Kahigbe [24] a final year student or Lagos University. He hails from Edo state. A Body Builder & Fashion Enthusiasts. He describes himself as a shy person who is also wild.

Ngozi Erica Nlewedim [26] from London, England. She majors in acting and studied screen acting at the Met film school in London.

Ezekiel Bright Osemudiame [29]. He is a sailor from Edo state. A Graduate of Marine Engineering from Arab Academy for Science and Technology and Maritime transport in Alexandria, Egypt.

Aisha Usman [25] is a Northern Queen from Sokoto state. She describes herself as dramatic and very emotional she’s the 16th housemate in the Big Brother Niger house.

Emuobonuie Neo Akpofure [26] from Delta state. He is a Rider- Hailing App driver. He describes himself as fun, loving tolerant and smart. He loves Sketching.

Tolani Shobajo [27] from Lagos state is a Media Personality. She loves Dancing and Cooking.

Olamileken Laycon Agbeleshi [26] is a singer and rapper from Lagos state. He’s a graduate of philosophy from the university of Lagos.

Rebecca Nengi Hampson [22] is our 20th and last ( definitely not least] housemate. She’s an entrepreneur from Bayelsa state. She was a Model and was amongst the Top 5 MBGN contestant. She loves traveling, adventure, fun…… She studied Mass Communication at the University of Port Harcourt.