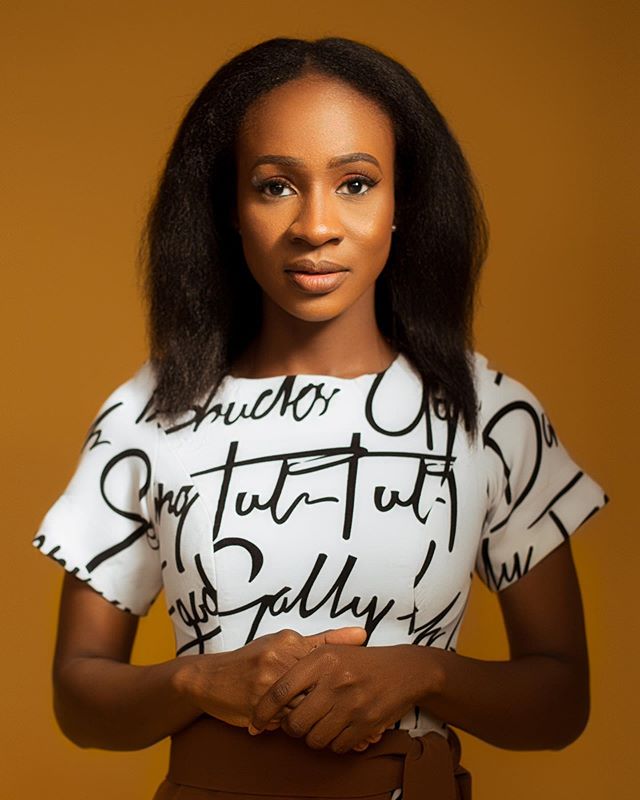 Former Big Brother Naija housemate, Antoniette Munirat Lecky aka Anto Lecky have taken to social media to admit how life is indeed a hard place to be. 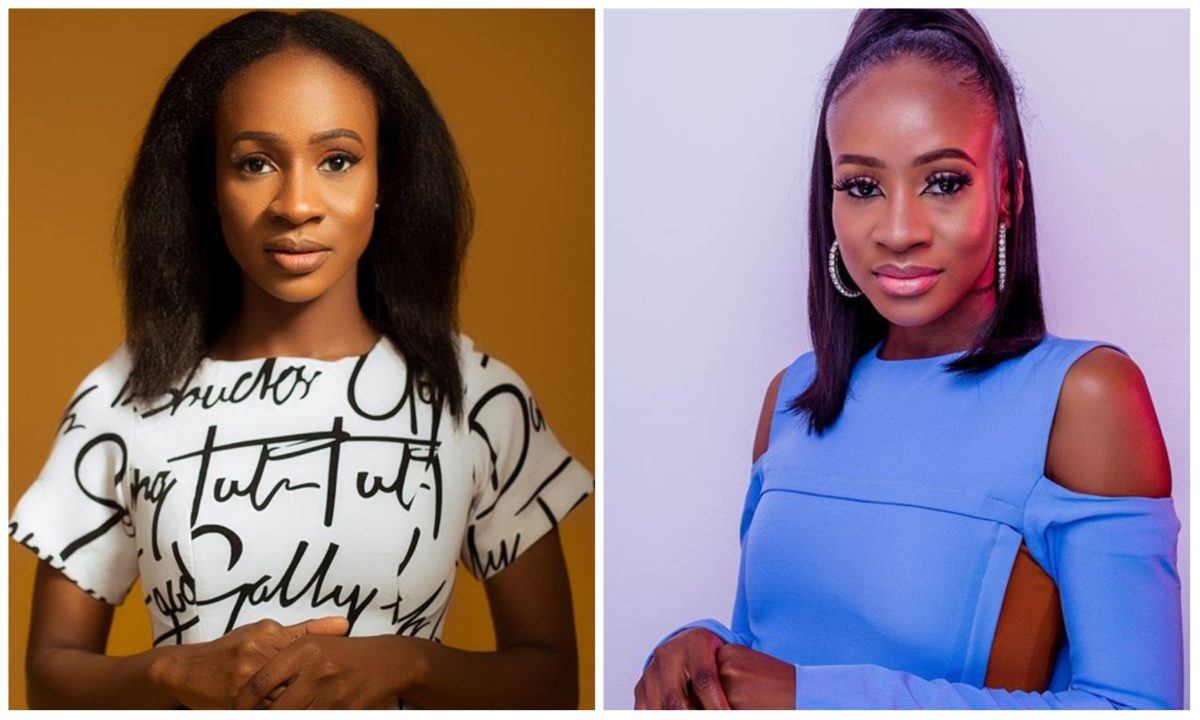 survive in life and they end up getting some fans depressed.

word of advice with fans as she admit how difficult life is, a move they would be proud of.

Sharing an adorable picture of herself, Anto Lecky wrote to fans and followers:

*Vulnerablity*
—
I HATE to show any kind of weakness but too many things have been happening as of late, where I have to be honest with myself and accept that life is hard and shit happens and I don’t have all the answers like I think I do. Especially as a public figure, yeyebrity, influenza, what have you, we are expected to have it all together. Not sure why because we are humans like the next person. There is a pressure to keep up. We are in a place where our value is based on numbers and not our God-given talent. No lie, shit is fucked up. I just write this to anyone, be it celebrity by social media or celebrity by heart because we all deserve to be celebrated, YOU ARE ENOUGH. YOU ARE MORE THAN ENOUGH. 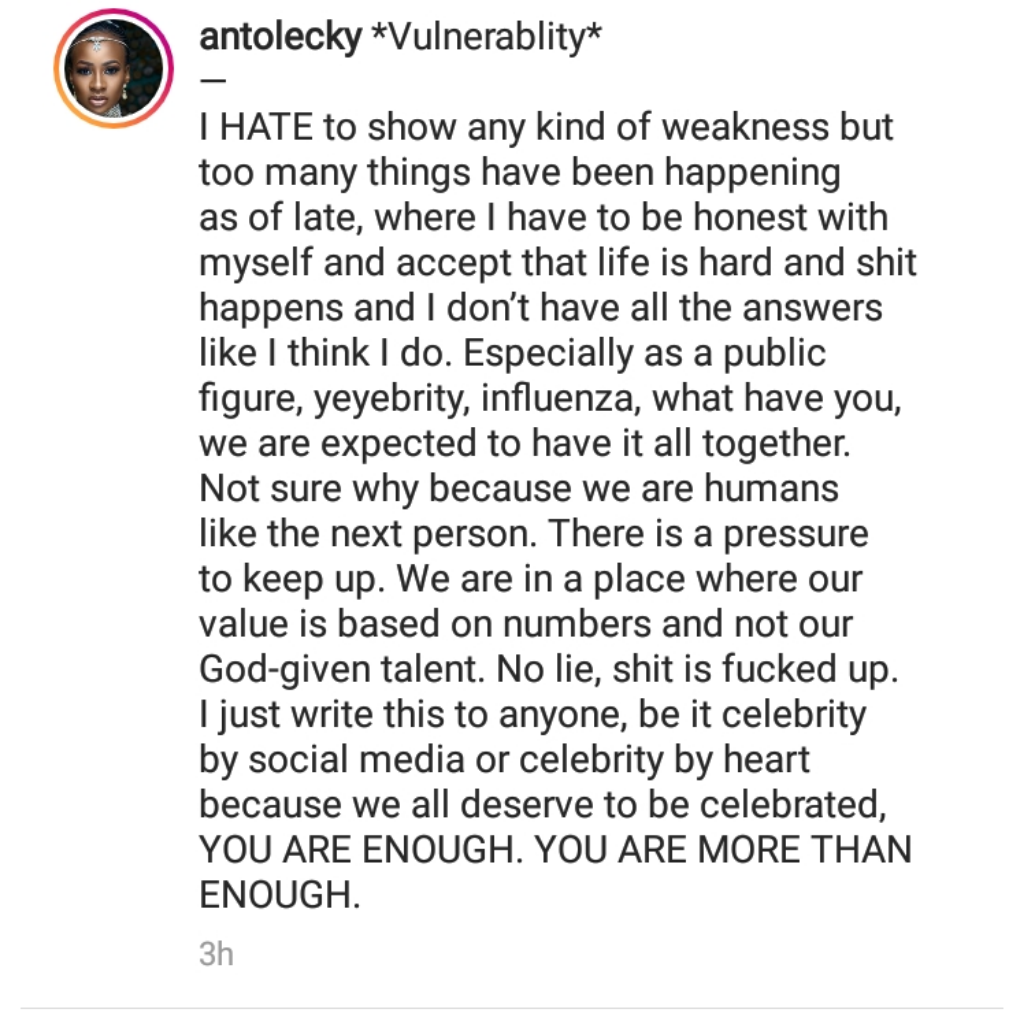 Eddie Andy - Modified date: November 4, 2017 0
Yagi boss is here again with another banger, he teams up with Young John for this banger Rora. Check it out Download

Toke Makinwa breaks the Internet with a hot sauced picture

Violette - Modified date: October 11, 2019 0
Toke Makinwa is so much juice and sauce all at the same time as she just uploaded a picture on her Instagram page a...

Mel B Flaunts her Abs as she shows off her Toned Body and Six...

Johnson Olumide - Modified date: July 8, 2019 0
The Former Spice Girl singer is over 40-year-old and she looked this amazing in this Sexy banging body of hers. (adsbygoogle = window.adsbygoogle || ).push({}); after...