Female Nigerian singer and disk jockey, Florence Otedola popularly known as DJ Cuppy have shared what she’s going through following the killings of peaceful protesters at the Lekki tollgate.

her vacation in Dubai to protest against police brutality.

the week she got back into the country as she had to stay in isolation for a week,

having just arrived from Dubai.

home under the rain and this got some fans hailing her for joining the protests.

With things taking a new twist some days ago, as some peaceful protesters were

killed at the Lekki tollgate, DJ Cuppy have shared her frustration with fans as

she noted how hard she’s finding it to control her emotions.

DJ Cuppy shared a picture of herself weeping profusely and noted that she’s been struggling with he emotions all day. 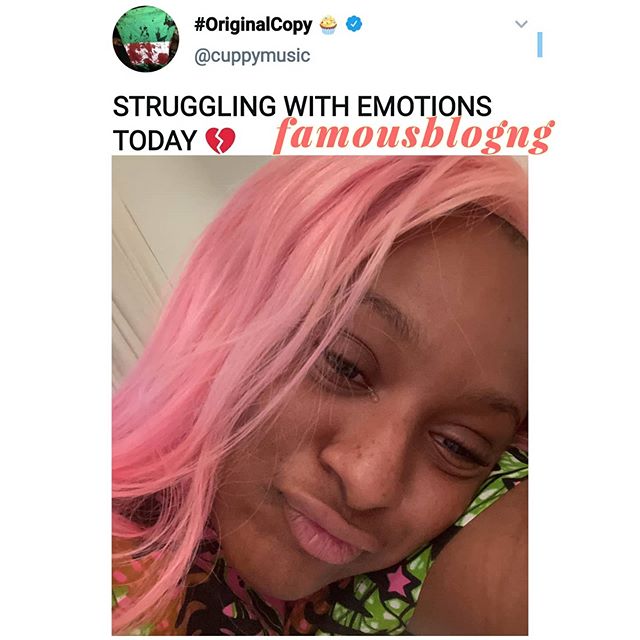