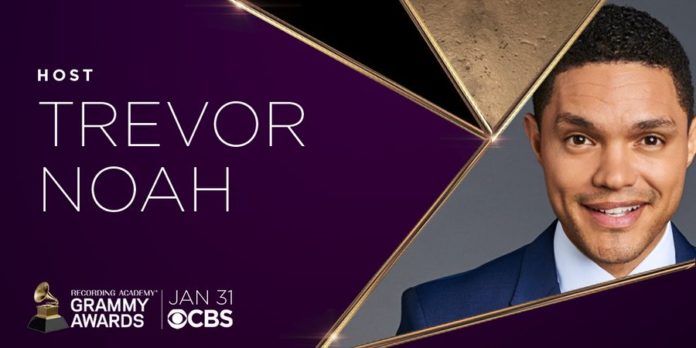 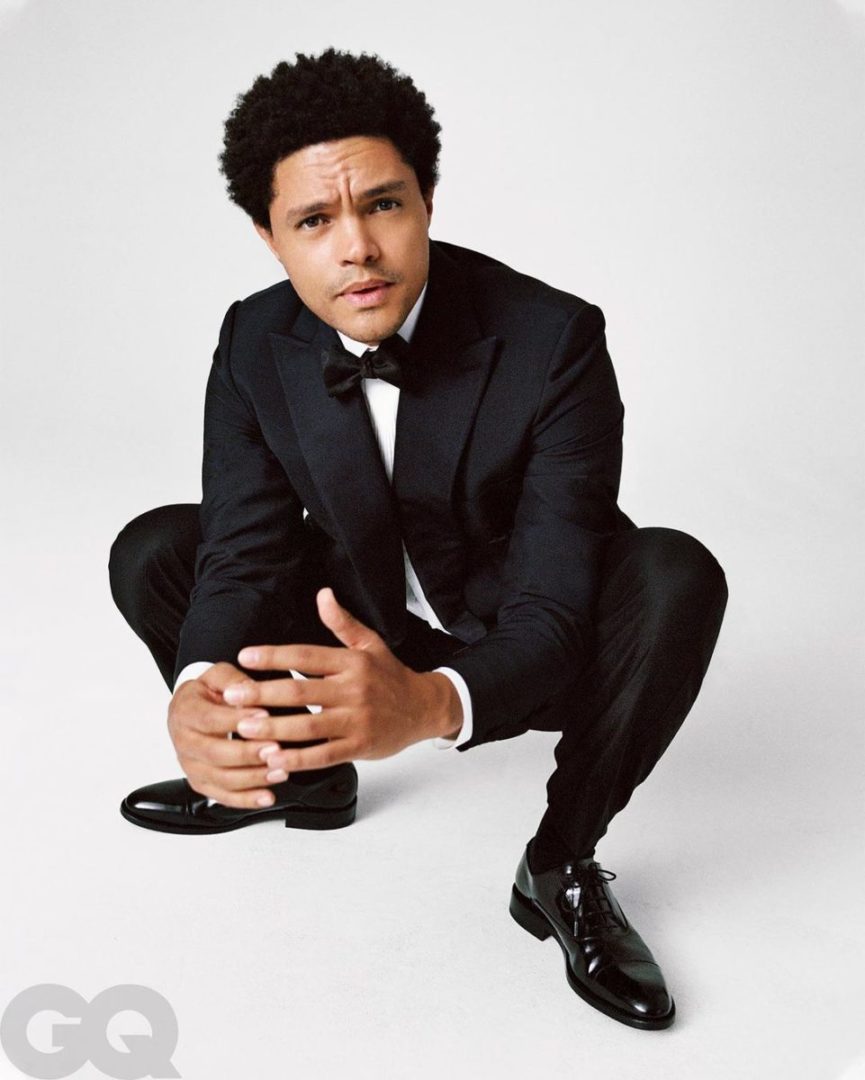 We’re thrilled to welcome @TheDailyShow host, Emmy-winner, and GRAMMY-nominee @TrevorNoah as the host of the 63rd #GRAMMYs!

We can’t think of a better person to serve as Master of Ceremonies for Music’s Biggest Night. ? pic.twitter.com/vbFqPbXfgl

and his usually jokes by saying:

“Despite the fact that I am extremely disappointed that the Grammys have refused to have me sing or be nominated for best pop album, I am thrilled to be hosting this auspicious event.

I think as a one-time Grammy nominee, I am the best person to provide a shoulder to all

the award! (This is a metaphorical shoulder, I’m not trying to catch Corona).

“With a knack for keeping viewers engaged and entertained, Trevor is the perfect

choice to lead us through what’s sure to be

He is a dynamic host, comedian and personality, and we’re thrilled to welcome

him to the Grammy stage as host of music’s biggest night for the first time.”

He is the host of The Daily Show, an American satirical news program on Comedy Central.

Violette - November 10, 2019 0
Nollywood actress Yvonne Jegede has given his female fans tips and idea on how she takes care of her hair. The veteran actress who is...

Violette - September 13, 2020 0
Prince can now be referred as former Big Brother Naija 'Lockdown' housemate as he was evicted some minutes ago having acquired the lowest vote. Big...