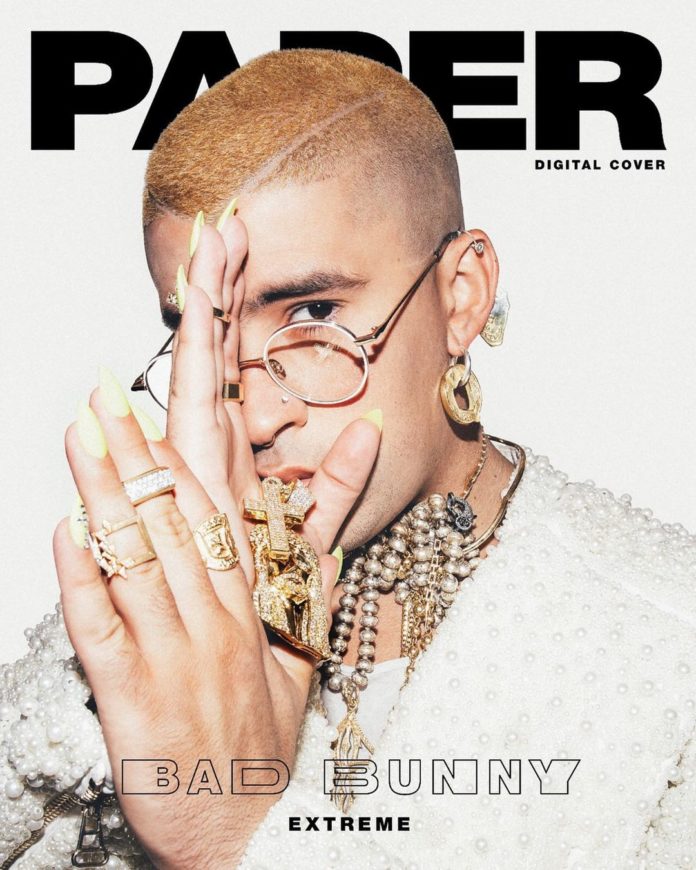 onsThe 2020 Spotify end of the year streaming numbers for musical artiste world wide are in and Puerto Rican rapper Bad Bunny is a spotify’s most streamed artist for 2020. 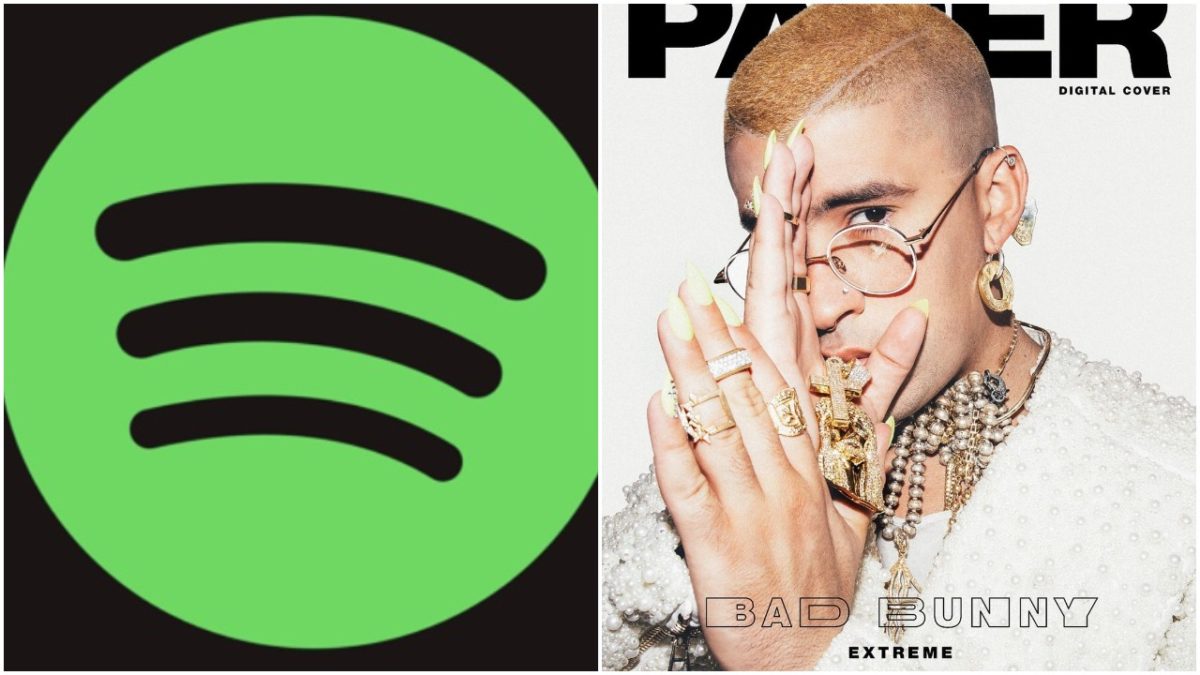 The list of categories include most streamed artists, songs, and albums of the year. Many famous faces such as The Weeknd, Taylor Swift, Ariana Grande, and more made the lists. 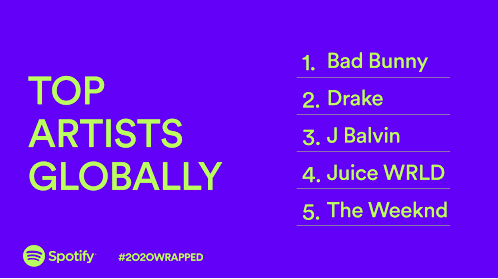 See where they placed below: 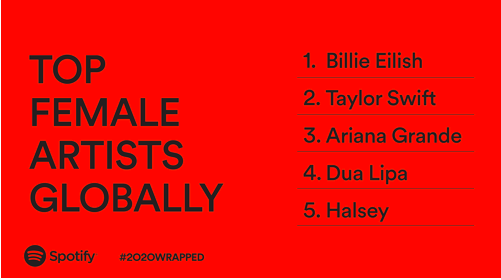 Billie Eilish was this year’s most streamed female artist on spotify. Taylor Swift, Ariana Grande, Dua Lipa, and Halsey all joined her on the list. 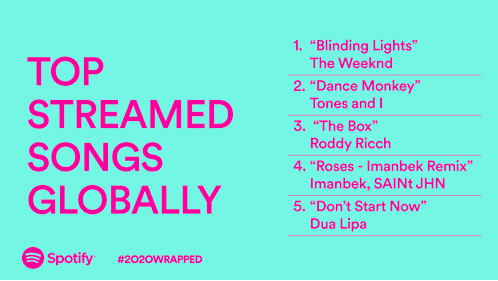 The biggest song on the streaming platform was ‘Blinding Lights’ by The Weeknd.

‘Dance Monkey’ by Tones and I was a close second.

Other songs that made the cut were ‘The Box’ by Roddy Rich, ‘Roses – Imanbek Remix’ by SAINt JHN, and ‘Don’t Start Now’ by Dua Lipa. 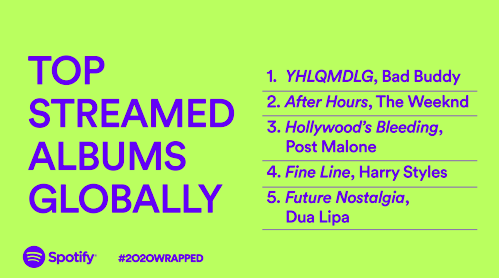 Bad Bunny also comes out on top for the most streamed album of the year,

with ‘YHLQMDLG which was released February 29th, 2020.

‘After Hours’ by The Weeknd, ‘Hollywood’s Bleeding,’ by Post Malone, ‘Fine Line’ By Harry Styles, and ‘Future Nostalgia’ by Dua Lipa all made the cut as well.