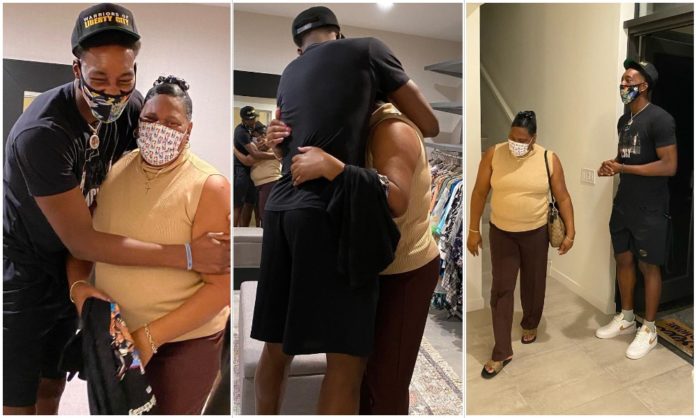 Miami Heat All-Star center Bam Adebayo gave his mom the birthday present of a lifetime on Sunday as he ensures that her birthday is celebrated in a grand style. 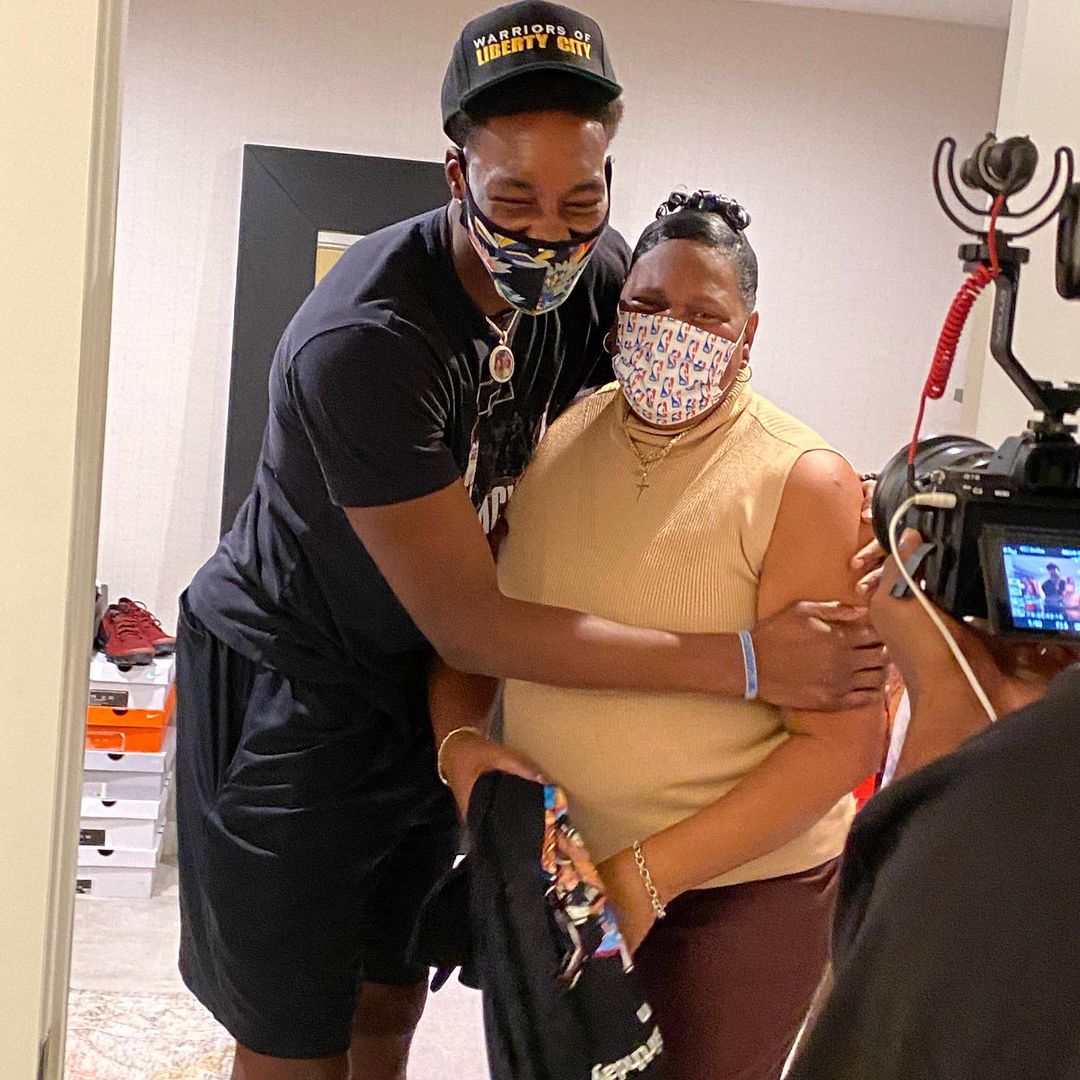 After years of struggling while living together in a single-wide trailer, Adebayo bought his mom, Marilyn Blount, a home she can call her own.

$200 million if he hits certain escalators, Adebayo surprised his mom with

a memorable gift on her 56th birthday.

“My mom never had nothing that she could call her own,” Adebayo said during a Monday video conference with reporters.

“So growing up and being able to do something different with basketball and be a special player,

And just having the opportunity to do it for my mom is an incredible experience.”

after delivering on the goal he had set for himself and his mother.

His emotions prior to surprising his mom were similar to the biggest ones he has felt on the basketball court.

“I was so nervous,” Adebayo said. “Because I never really gave her a gift like that.

So it kind of gave me like a feel like when I first stepped on the Finals court. I didn’t know what

to expect. I didn’t know anything at the moment. It was like one of those ‘aw’ moments where you just sit there for a minute. And she enjoyed it.”

Adebayo’s gesture of love, one which he said his inner circle of friends and associates helped

him bring to reality in just five days, was the talk of the Miami organization after the Heat’s second day of practice.

“Their relationship is so special,” Heat coach Erik Spoelstra said. “He’s making us all look bad. Now I’m feeling guilty. I have a great relationship with my mom and haven’t done anything like that something to show her how much I care about her and love her, but I will now.

I watched that … it’s a beautiful relationship that just gives you a little bit of an indication behind the curtain of who Bam is, as a person, as a son. And what really matters to him in this life.”

Adebayo, who has placed a photo of the trailer he grew up in with his mom in his Heat locker

over the years, made sure a picture of the trailer hung proudly near the front door of his mom’s home.

“I wanted it by the front of the door because I wanted everybody to see where we actually came from,” Adebayo said.

“And that doesn’t matter who walks in. You’re going to always see that picture. My whole goal [of] putting it there was just so everybody can see where we actually come from.

And I was raised at what I went through, the struggle, to get my mom a brand new crib and the conditions she lived in. So that’s the main point of the picture.”

After seeing the strong bond he has developed with his mom over the years, his teammates were overjoyed to see the pictures and the reaction Adebayo’s present created.

“That’s his why,” Heat star Jimmy Butler said of Adebayo’s relationship with his mom. “I think their bond is the best and I think that the way that he plays, the passion, all of that, it comes from somewhere.

And it comes from her. I love that. He deserves that. She deserves that. And like I’ve said all along, that guy is what makes us go. He’s the engine behind what we’re trying to make happen. And I’m grateful to be on his side to tell you the truth; I know he’s going to continually get better. So much more of that to come for both of them.”

Bam Adebayo, 23, has earned trust and praise from his teammates and coaches for his work ethic since being drafted 14th overall out of Kentucky in 2017.

He has earned what he’s gotten in the league and he has repeatedly credited his mom for the example she set and the toughness she displayed in helping Adebayo reach his own dreams.

“The moment she had on her face was priceless,” Bam Adebayo said of surprising her with the house. “Just seeing that woman go through all she went through and finally getting a break and being able to say ‘This is mine,’ and ‘I own this,’ that was a big thing for me.

My mom’s never owned anything, so I always wanted her to own something that she could say, ‘This is mine’ and feel good about it. … I wanted her to have 10 toes down [feeling] this is my house.”