American daily newspaper, New York Times, has joined the top media house’s leagues to recognize Burna Boy on the great work out in his album ‘Twice As Tall’ as it’s ranked number seven in the world. 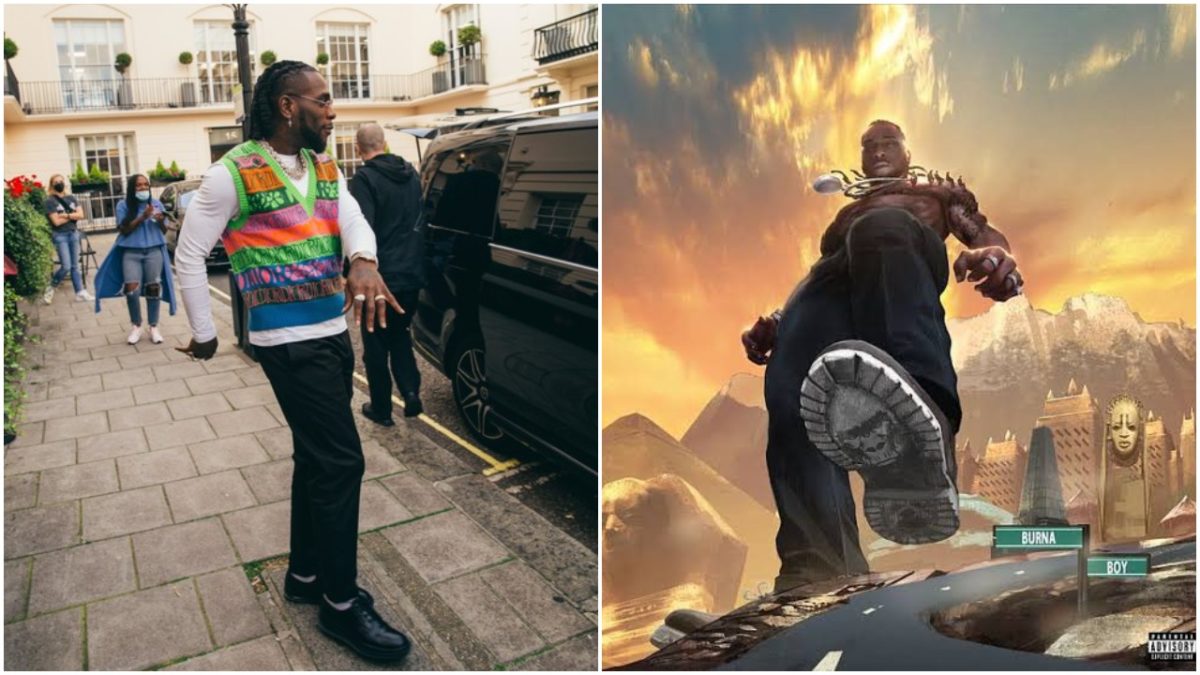 It would be recalled that Burna Boy released the album some months ago, and it has

become one of the most-streamed albums of 2020 across all streaming platforms.

The Nigerian songwriter Burna Boy calls his music Afro-fusion, not the more specifically Nigerian term Afrobeats, and “Twice as Tall” lives up to that broader mandate with a profusion of sleek, diverse, constantly inventive grooves that traverse Africa and its diaspora.

Through its 15 songs, Burna Boy is by turns exuberant, pensive, confessional and political.

The bitter, furious single he released soon after nonviolent anti-corruption protesters were killed by soldiers, “20 10 20,” made a compelling postscript. 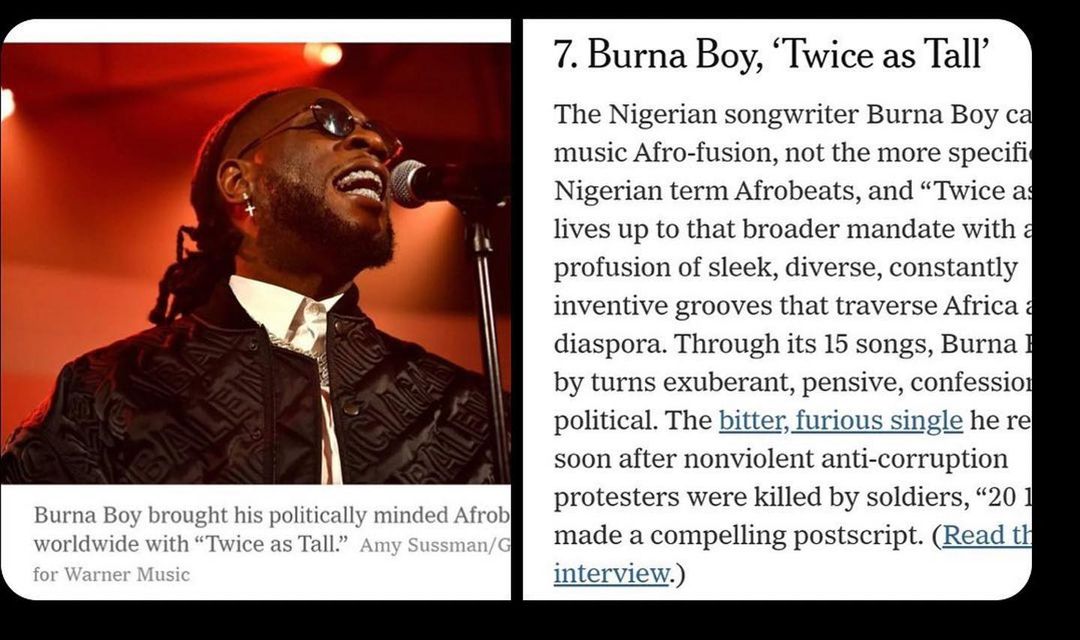