Home Entertainment See how Burna Boy Reacted As His “Twice As Tall” Album Gets... 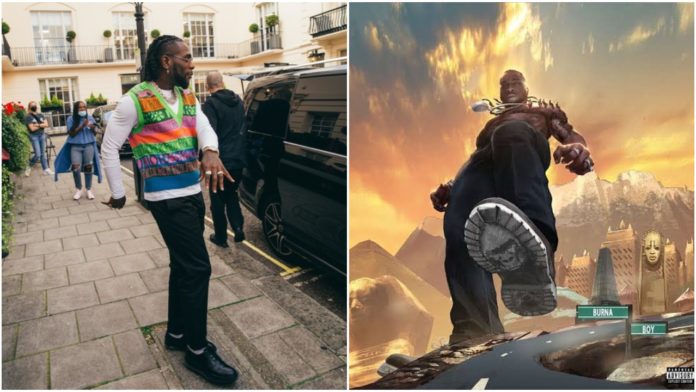 The 2021 Grammy Awards Nomination list is out and its no longer news that Nigerian singer Burna Boy got nominated for his 5th studio Album titled Twice as Tall which falls under the Best Global Music Album.

Burna reacted to the news , by taking to his twitter page to say its another one which

Burna Boy also becomes the first Nigerian afro pop/ Afro fusion singer to be nominated for the Grammys two years in a role.

Grammy Nomination list as she leads with 9 nominations, other musical artiste whom came

close are Taylor Swift, Roddy Ricch and Dua Lipa with six nominations each.

The 2021 Grammys would be held in January 2021 in the United States of America. 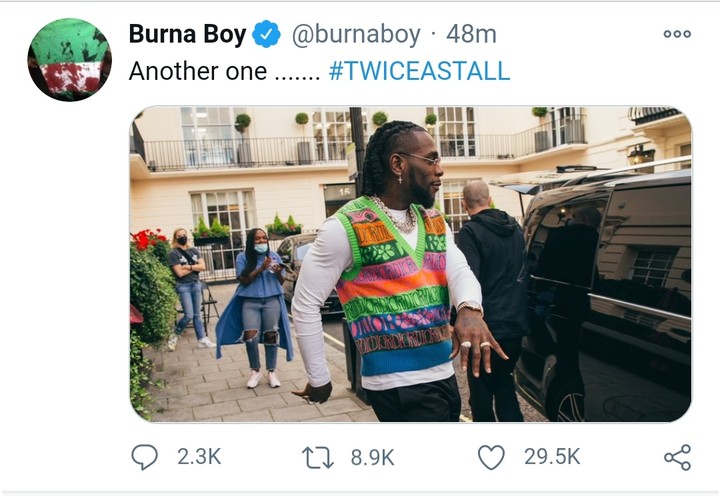