Nigerian fast rising singer Omah Lay and another Upcoming female artist Tems have both been arraigned in Court.

Recall the Two Nigerian Artiste where arrested last yesterday in Uganda for performing at a concert with a huge amount of crowd which is against the COVID-19 protocols in the African country. 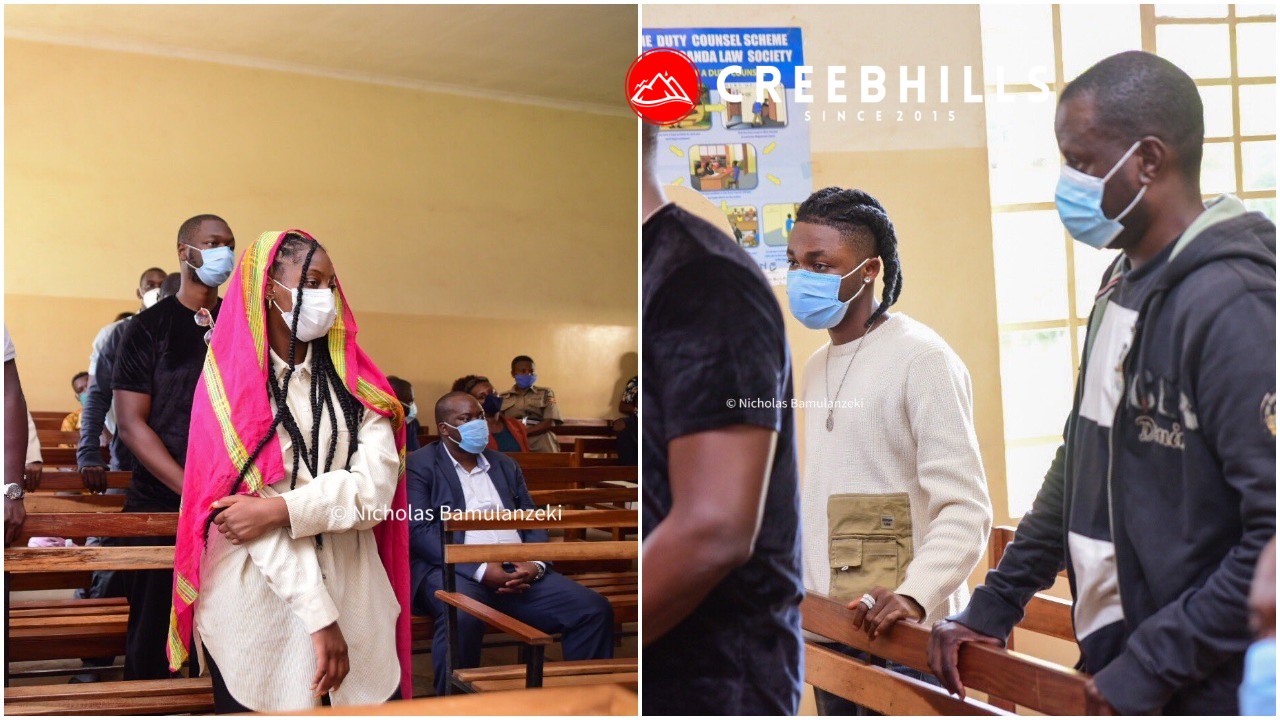 Omah Lay and Tems where arraigned before the Makindye Division court in Kampala.

According to news reports, It was gathered that the organizers of the event disguised the

show as a lunch and dinner event but it turned out to be a concert with large crowd in attendance.

Omah Lay, Tems, and the others were arrested and charged with doing “acts that are likely to cause the spread of infectious disease, Covid-19,” according to him Assistant

The two Nigerian artiste and all the accused have been remanded until Wednesday 16th.

Earlier in March, Museveni banned all music concerts, closed down bars, banned fans at all

sporting events, and reduced the numbers of people who could attend church services.

Uganda’s Ministry of Health on Sunday reported 461 new confirmed coronavirus cases, taking the total number of cases in the country to 27,532.

2 Nigerian artists Temilade Openiyi aka Tems,Stanely Omah aka Omahlay & 5others are before makindye grade one migrate Jude okumu for a negligent act likely likely to spread #covid19 as per act 171 of the penal code after organizing a concert in munyonyo #FreeOmahLay @observerug pic.twitter.com/rcOej9uBTj