Home Entertainment Bobrisky and James Brown drags each other, threatens to jail one another

It’s currently a dramatic scene on social media as controversial cross-dressers Bobrisky and James Brown drag each other.

social media and fans would have never predicted what happened between both parties some hours ago.

cross-dressing business is threatening and planning to kill him. 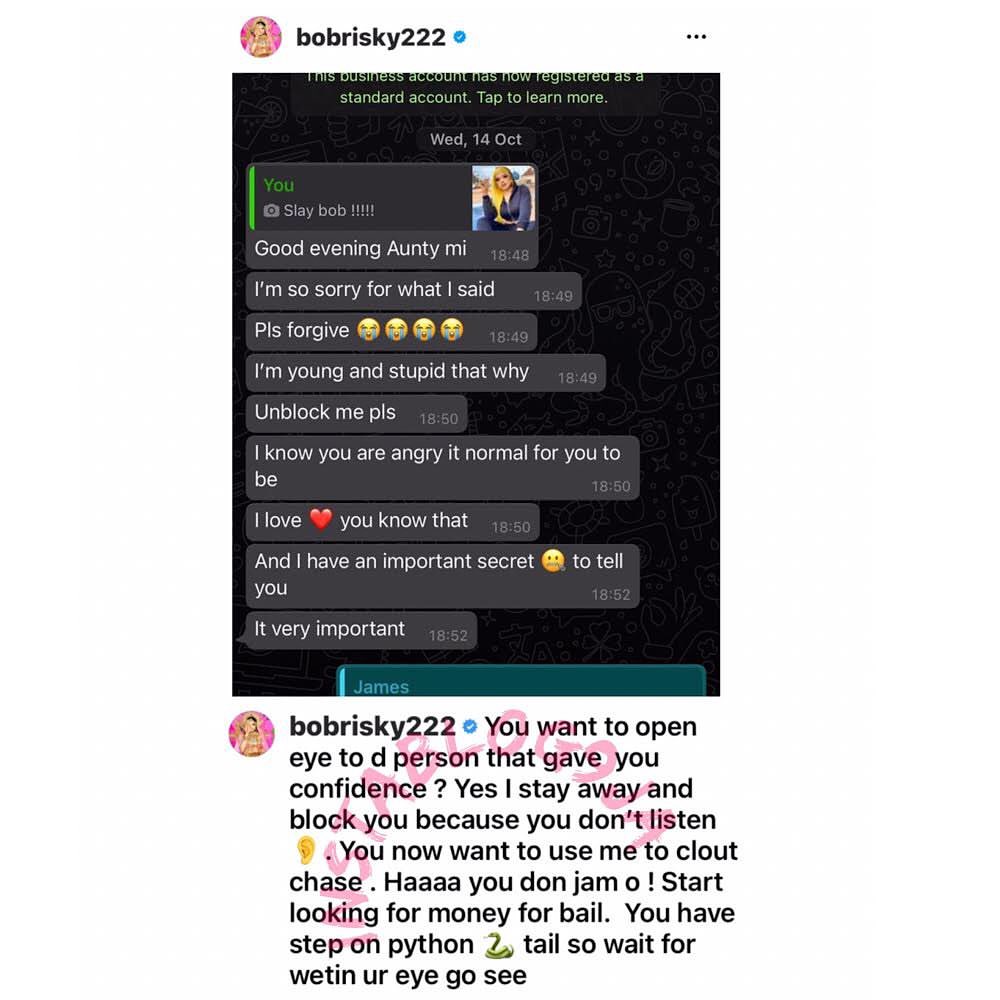 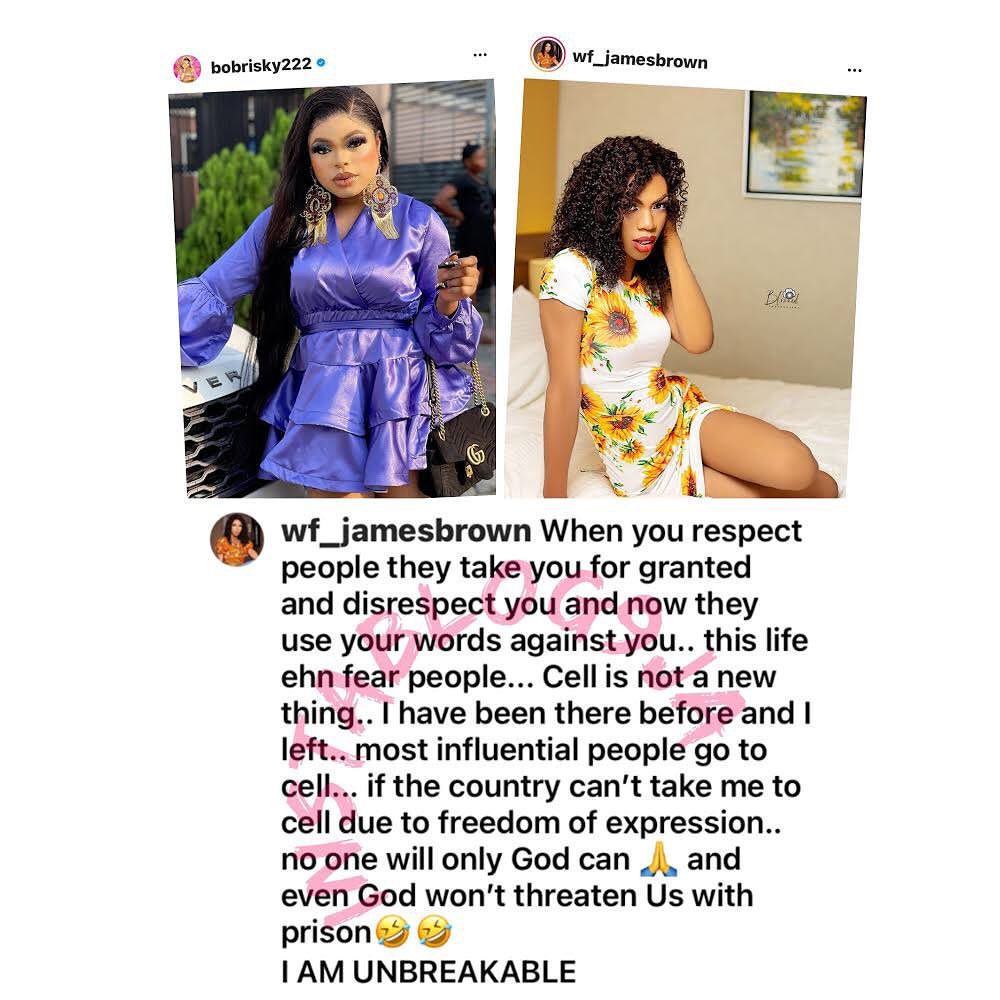 It’s left to see if both cross-dressers will continue dragging themselves or let peace reign as fans and lovers of both male barbie have taken to the internet to support their favorite.

“I was just waiting to blow” – Davido shares his throwback with Fashola and...

Violette - July 1, 2020 0
The child of a Nigerian billionaire who is also a music star Davido shares his throwback with Fashola and others. Imade's father and music artiste,...

Violette - October 22, 2021 0
Grammy award-winning singer and songwriter, Burna Boy has decided to give fans a glimpse of his new look which he believes give him the...

Johnson Olumide - June 9, 2020 0
Its a new day, a new year and another year to celebrate for Sophia Momodu whom is the first baby mama of superstar singer...

Johnson Olumide - December 20, 2019 0
The Academic Staff Union of Universities (ASUU) has threatened to embark on a fresh strike.   ASUU rose from its National Executive Committee (NEC) meeting in...