Nigeria music star Naira Marley has finally reacted to the viral video of some school children arrested by Amotekun for tagging themselves Marlians in school. 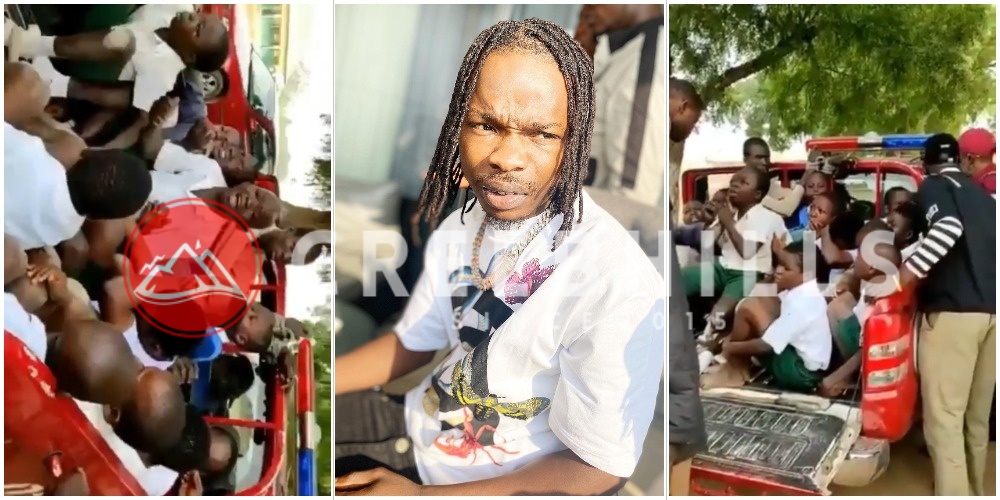 The social media world went wild some hours ago when a video of some children went viral on the internet.

The school children who were reportedly in Jss 2 class were said to have been arrested by Amotekun (security outfit based in all the six states of the South Western, Nigeria) for behaving like Naira Marley.

This has sparked a lot of reactions from Nigerians as they condemned the act and ask why the children had to be treated in such a manner.

Naira Marley has now reacted to the video as he asks why school kids had to be arrested.

The talented singer and songwriter took to his official Instagram account to share his frustrations as he tagged the teachers and security operatives as being stupid.

Naira Marley who couldn’t hide how disappointed he is asked those involved in the arrest how they would feel if it was their children that were arrested.

The ‘Koleyewon’ crooner stated that he would love to meet the children arrest by the Amotekun as well as visit the school where the incident happened.

See Naira Marley’s reaction to the drama below: