Veteran Nollywood actress and filmmaker Omotola Jalade-Ekehinde has taken to social media to call out a popular Instagram blog site that accused her of cheating with Adams Oshiomhole. 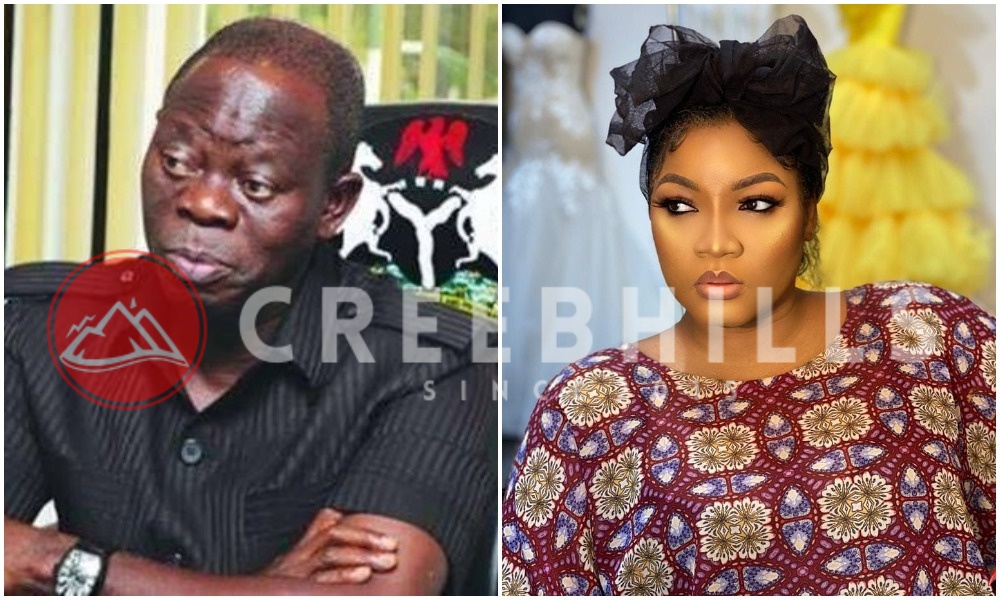 Omotola Jalade-Ekehinde has become one of the greatest  Nollywood actresses the entertainment industry has ever seen and despite that she’s spent more than a decade in the industry, she has not been dragged into any scandal.

However, things took a dramatic turn some hours ago when popular Instagram blog site Gistlovers accused her of cheating with former Governor of Edo State, Adams Oshiomhole.

According to the blog site, there is enough picture evidence to prove that Omotola is having a sexual relationship with Adams Oshiomhole.

The blog site also noted that details concerning the relationship will be released in the next few days.

Not ready for such drama at this time of the year, Omotola Jalade-Ekehinde took to her official Instagram account to fire back at the blog site as she asked why people would love to pull others down by painting them bad.

She noted how sad it is that she’s being linked with someone she has never met as she has been waiting patiently for the prove the blog site insists it has.

Omotola who’s ready to fight the battle to the end gave the blog 24 hrs to provide the so-called prove as she urges her devoted fans to help report the site.

See screenshot of her lamentation below:

“Thank you for existing” as Singer, Tems Reveals How Tiwa Savage, Yemi Alade and Others Inspired Her, Pens Touching Message

‘If you pray for my downfall, may downfall consume you’ – Yul Edochie prays for his haters