Home Celebrity Net Worth and Biography Rema Biography, Net Worth, and Music Career (2022) 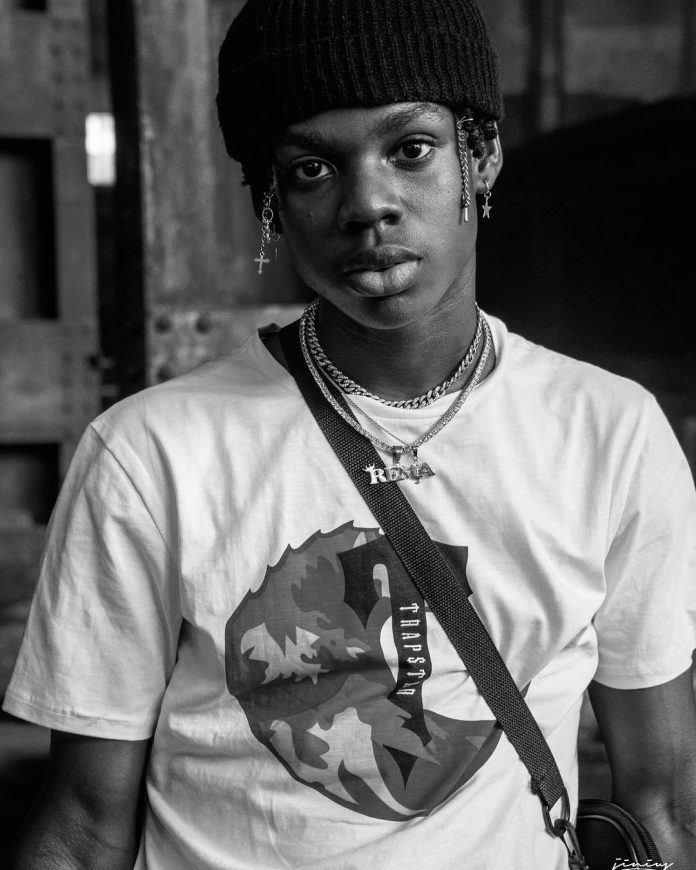 In this article, we will break down his net worth, his biography, age, musical career, relationships, and controversies.

Rema whose real name is Divine Ikubor was (born May 1, 2000), into a Christian family to Nigerian parents.

His father, late Justice Ikubo was a chieftain of the People’s Democratic Party (PDP) before his death while he has been keeping a low profile about his mother. Rema has been rumored to have a sister he has not shared any of her pictures on his social media platforms.

Rema might have become one of the best singers in the industry but he’s currently 21 years old. he attended primary and secondary school in Edo State and has not attended any tertiary institution before making the wave.

He began his music career at the age of 11 as he started as a rapper in a church group. The young singer eventually changed his sound to fit the popular sound in his community as time goes on.

Rema has not just brought a new sound to the music industry but he has been able to influence other top artists into accepting the new sound.

His new sound caught the eyes of D’Prince in 2018 when his freestyle to the singer’s hit single “Gucci Gang” went viral on Instagram.

He signed a contract with D’Prince’s Jonzing World, a subsidiary of Mavin Records in 2019 and has not looked back ever since then.

Rema has been able to build a great reputation in the music world as his first EP Rema peaked at number 1 on Apple Music Nigeria in 2019.

He was able to show his class by winning the Headies Next Rated award as well as the Soundcity MVP for best artists in 2019 and 2020 respectively.

he was also nominated alongside legendary Burna Boy and Wizkid for the Best International Act for the 2020 BET Awards. His hit single “Iron Man” was also picked as one of Barack Obama’s summer playlists in 2019.

Divine Ikubor in his short spell in the music industry has not been caught in a relationship dilemma but he raised eyebrows some months ago he tweeted accusations against the People’s Democratic Party (PDP) over the death of his father, Justice Ikubor. Divine Ikubor on a Twitter rant accused the political party of killing his father.

in one of the tweets, he wrote: “PDP y’all need to explain what happened to my father in that hotel room. Justice Ikubor’s son has risen.”

Divine Ikubor‘s father was found dead in a room at Bins Hotel in Benin City, the state capital in 2008. According to multiple reports, Ikubor checked in with a female friend at about 8:30 p.m on the day he died.

Divine Ikubor has not been linked with any lady but he has been accused of going on a date with his girlfriend when he decided to spend a day with one of his fans.

some fans on social media claimed the lady chosen was his girlfriend as the drama on the internet was stagged.

Divine Ikubor bagged an endorsement deal worth millions of naira with HP in 2019. He was the first artist in Nigeria to bag such a deal.

On the 4th of September, 2021, he was announced as Pepsi’s new Brand Ambassador alongside Labelmate Ayra Starr who burst onto the music scene earlier this year.

He received the Honorary Membership Award from the BMW Club of Nigeria for his commitment and promotion of the brand in his hit single, “Beamer” (Bad Boys).

In June 2020, he was finally able to pick up his 2019 GAC SUV Car which was awarded to him for winning the Headies Awards Next Rated in 2019. It is worth over ₦34 million.

This was the precious he gifted his mother in 2017. He was just 17 years old when he decided to bless his mother with such a gift.

Rema is currently one of the fast-rising singers and most influential artists in Nigeria with an estimated net worth of $1.5 million dollars.

Who is the richest between Fireboy and Rema?

What is Rema’s net worth?

Rema is currently one of the fast-rising singers and most influential artists in Nigeria with an estimated net worth of $1.5 million dollars.

What is Rema’s best song?

Which song is Rema first song?