Controversial Nigerian cross-dresser James Brown has finally opened up on the prophecy that was given to his parents before he was given birth. 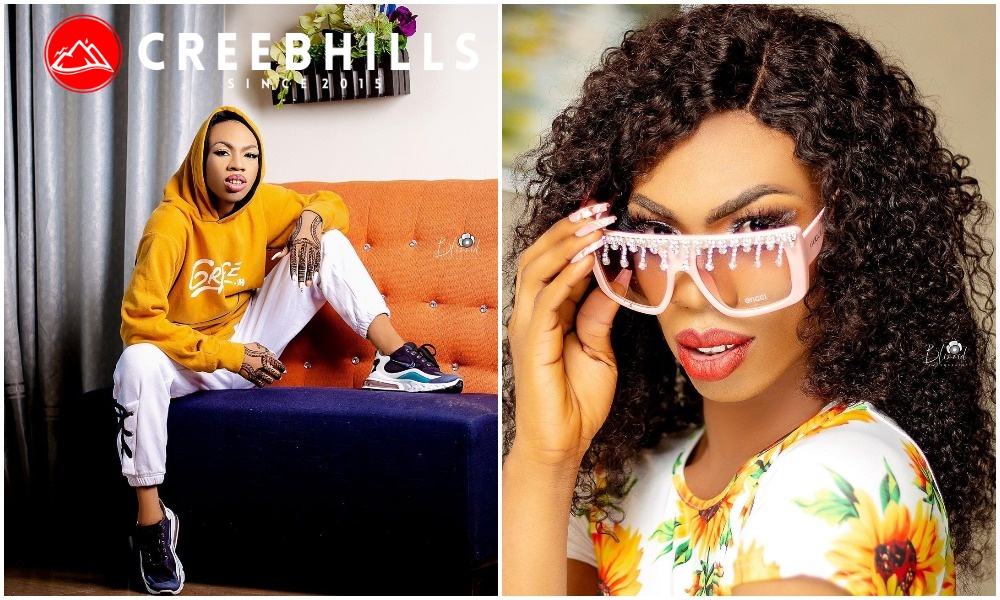 Just like Bobrisky who is the number one cross-dresser in Africa, James Brown has been able to build a reputable fans base for himself on social media and he has ensured that they are not left isolated on his page.

The young brand influencer has been consistent in showing his fans how dramatic he could be on and off social media.

He has also not been shy in sharing his thoughts and opinions on any trending issues, though he has ended up being trolled for his opinions on some occasions.

James Brown some hours ago has now revealed the prophecy his mother received that made him understand he has been destined to be a cross-dresser.

According to the controversial male barbie, his mother’s sister wanted to abort her before she was given birth to but that didn’t happen because of the message the prophet told her mother.

James Brown noted that her mother had been warned that she would die if she tries to abort him and this short story, he heard from his grandmother. 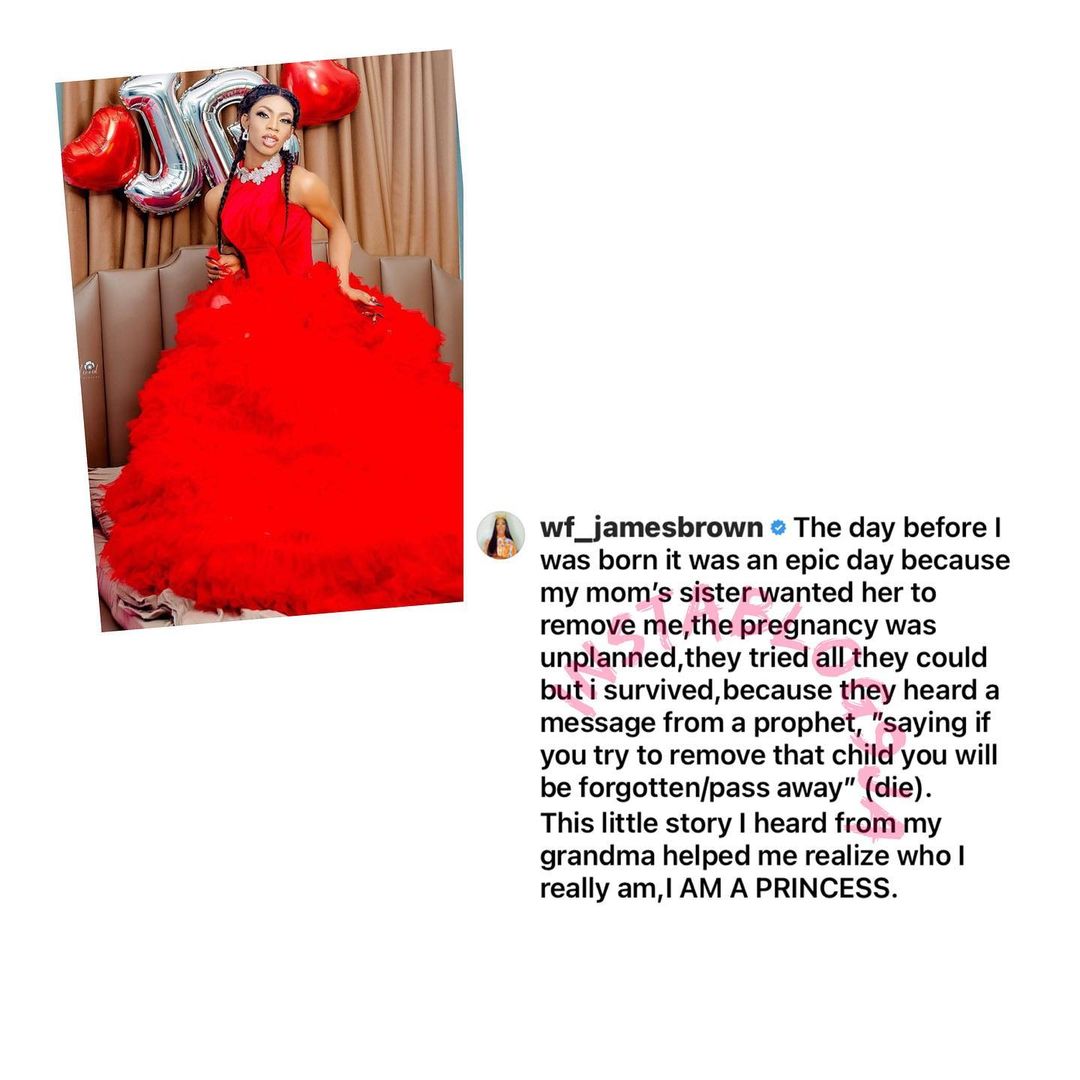